Liberal America claims President Trump is a racist, white supremacy sympathizer who is dead set on destroying the country, yet he receives substantial praise from leaders in the black community.

Recently project 21 black leadership network praised President Trump for the monumental change in black Americans unemployment rate within just nine short months of being in office, while our former black president wasn’t able to make any significant strides in this area what so ever. 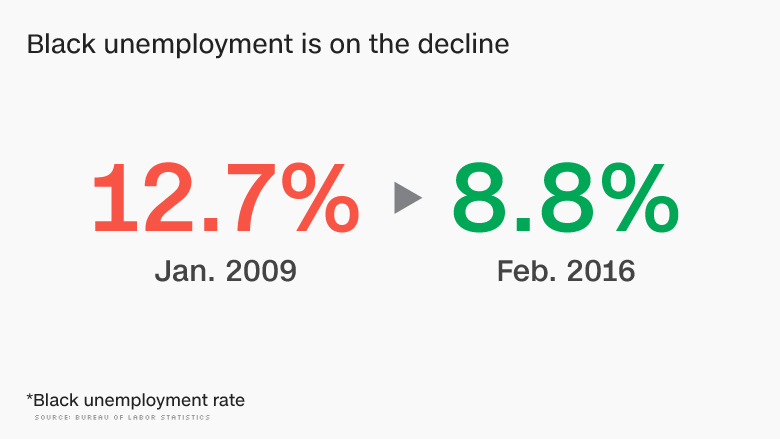 How can democrats continue to claim the president Trump is a racist whose four to eight year term will destroy America when the first nine months have proven to be nothing but beneficial for the country as a whole?

The Left have had a lot of help pushing their ridiculous narrative about President Trump. “Black Lives Matter” was originally started to respond to perceived police injustices against African Americans, however, it seems that their cause has shifted to do whatever they can in order to oppose President Trump. BLM has helped the Left convince tons of minorities in America that Trump is a bad president for them.

Unfortunately for liberals and BLM activists, statistics speak more truth than they would like and will ultimately ruin the fake facts they continue to spew.

“With the black unemployment rate falling to its lowest point since April 2000, and considering the persistently high levels of double-digit employment that existed during most of the previous administration, this news should really be garnering more attention,” said Project 21 member Dr. Derryck Green, who has written extensively on black unemployment and the economy.”

“This should be a source of economic optimism because the job market is expanding and improving overall – particularly among American blacks who were hit hard during the sluggish, so-called economic ‘recovery’ touted by our previous president. It bears remembering that the black unemployment rate at that point had skyrocketed. It was at or near 15 percent on nine occasions, and near or above 16 percent 24 other times. While still too high for my liking at seven percent, the black unemployment rate has significantly improved since the days of double digits.”

The overall new low black unemployment rate isn’t the only good news. Largely unreported is the fact that black teen unemployment fell even more precipitously – from 28.1 percent in September 2016 to 22.4 percent last month. The “unemployment gap” between black and white workers has also been steadily decreasing.

The truth hurts when you believe the liberal rhetoric only to find out its all a ruse.