After Jeffrey Epstein put the Palm Beach jail in his rear-view mirror, he decided to lay a trap for his enemies. Lawyer Bradley Edwards was one of them, determined to out the predator for the monster he really was. Shortly after the January 2011 “Mindshift” scientific conference, held on Epstein’s Little St. James Island, Edwards got a call from one of the attendees with some disturbing information.

A trap to mislead investigators

Reichart Von Wolfsheild was a software architect. He was invited to the conference, along with Murray Gell-Mann and Frances Arnold, both Nobel laureates. Some of the top minds in the world were there. The whole thing was a trap put together to tease investigators to launch a premature raid and get disgraced in the process, making them go away for good.

It was put together by Al Seckel, described by DailyMail as “a shady ‘sensory illusionist’ who was bigamously married to Isabel Maxwell — sister of Epstein’s long-time girlfriend Ghislaine Maxwell.” The way Von Wolfsheild describes him, “About half of what Al told you was made up in his head and the other half was true. But you never knew which was which.”

Since he knew that Edwards was trying to link Epstein to underage girls, because he was the one who developed the software Edwards was using to store his sensitive Epstein files on, the engineer offered to accept the invitation, and go as an undercover mole. It’s a good thing he did. It turns out that Epstein was trying to set Edwards up.

Older than they seemed

During the conference, three women were present who “appeared to be in their mid-teens, up to 10 years younger than they really were.” It was clear that Epstein rounded up women who appeared to be much younger than they really were, hoping they would be seen and prompt a raid. After that, he could claim righteous indignation. If all went well, everyone would go away and leave him alone.

Von Wolfsheild told DailyMail “they looked genuinely like underage girls, but when you spoke to them, you realized these were graduates who had PhDs and Masters degrees from places like NYU and Cambridge.” He instantly smelled a rat. “This is a trap for law enforcement,” he thought. He told Edwards, “if you raid him, he will make you a laughing-stock.”

“Epstein thought these women were going to be seen and [police] will go after me again and when their ages were discovered he could say ‘See, they’re torturing me.'” Von Wolfsheild is convinced, “Epstein knew all about manipulating the media and how he could turn this to his advantage.”

He had a chance to talk to Maxwell’s sister about the youngsters. “I later asked Isabel what the deal was with the girls and she said there is this whole thing my sister is involved in. She’s Epstein’s liaison and he has a penchant for young attractive girls.” 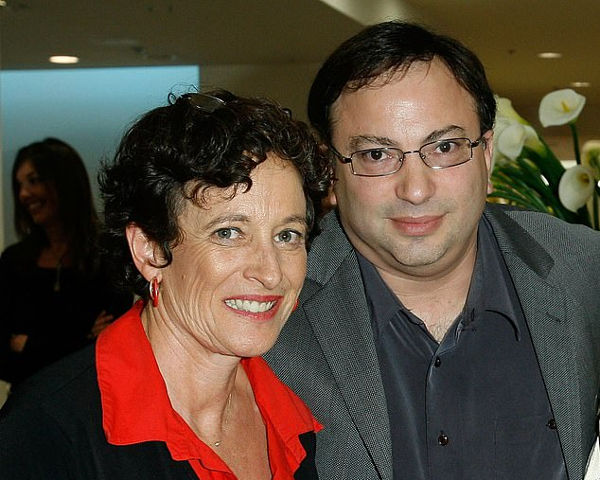 Von Wolfsheild really got cheesed off when he noticed that all the questions Epstein was asking him had only one purpose, making it possible for Epstein to hack into Edwards’ files. Epstein was obviously fishing for technical details which could enable someone to back door the system. That way Epstein could get a look at the evidence already in the files, maybe even scrub it clean.

After the conference was over, Von Wolfsheild had a private meeting with Epstein at a restaurant in St. Thomas. “He began asking me about building a dating app. He asked me if there is a way to game the system to find particular people who would interest him.”

He didn’t come right out and say he wanted to mine for underage girls, “He asked if image recognition was good enough to lift out, say, a MiG from other planes or to tell the difference between a horse and a cow.” He was curious because he wanted to “build one where you could easily find the most attractive women.”

Everybody has a pretty good idea what he meant by that. According to Edwards, Von Wolfshield came back from the island telling him Epstein seemed like a “lion looking for prey.” Edwards spells it out, the prey was “the youngest-looking girl with breasts.”