According to a recent article in the New York Times, watchdog Attorney John Durham is digging into the leaks which plagued President Trump’s transition into the White House, especially the ones related to former National Security Adviser Michael Flynn. The retired general has just been vindicated with a stunning admission by the Justice Department on Friday that the whole case against him had been a set-up.

At the request of Attorney General William Barr, U.S. Attorney John Durham has long been conducting a deep dive into the origins of the Russiagate conspiracy. The federal watchdog has the authority to impanel a grand jury, and he’s already called one. Word around the campfire is that subpoenas have been issued and some witnesses have already testified.

An article that recently appeared in the New York Times indicates that one of the big things Durham is focusing on is the leaks that were rampant in January of 2017 as President Donald Trump was transitioning into the oval office. Many of them concerned his newly appointed National Security Adviser, retired Lieutenant General Michael Flynn. Flynn was bullied into pleading guilty to lying to the FBI after getting caught up in the Mueller witch-hunt.

Durham is allegedly probing into the “claims” made by Republicans that “Obama holdovers had been deliberately looking to kneecap Trump’s presidency.” The way they did it was by weaponizing the media. 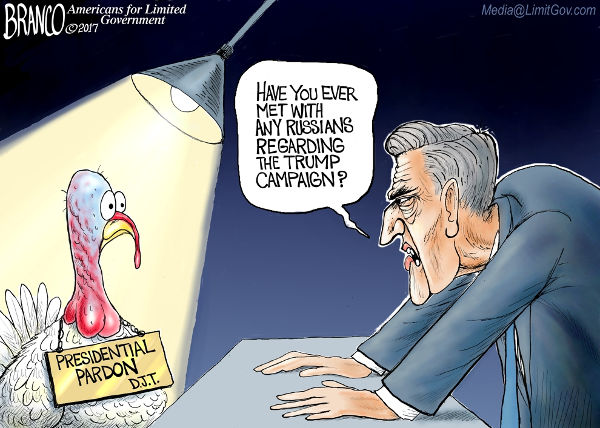 One particular media smear job that the watchdog is sniffing at is a January 12, 2017, article by Washington Post correspondent David Ignatius. It alleged that Flynn had “close Russian contacts.” The source was supposed to have been a “senior U.S. government official.” The rat leaked that Flynn “talked to now-former Russian ambassador Sergey Kislyak on Dec. 29, 2016.”

According to the Times, it’s not clear if Durham took over a “preexisting media leaks investigation” or if he started one of his own. He’s also supposed to be “scrutinizing some other leaks.”

Back in 2018, then Attorney General Jeff Sessions confirmed to Fox news that he was convinced, the “leaks of classified documents” were “a violation of the law.” At the time, the DOJ was “pursuing it aggressively.”

The leaks had a lasting effect

Durham has reportedly interviewed Flynn’s Deputy National Security Advisor K.T. McFarland about interviews she had with the FBI as part of the Mueller investigation. He’s been especially interested in what she had to say about the Washington Post story. The watchdog is straining the leash on that too.

She mentioned it in a book. The paper, she wrote, “began a series of articles that would impact the first two years of the Trump presidency.” The article by Ignatius “set off a chain of events that helped lead to the Russia probe.” That’s probably because he was famous for “his deep and long-standing connections to intelligence community sources.”

The media attacks totally undermined the effectiveness of Flynn’s position. According to McFarland It “set off a flurry of new accusations against Flynn, damaging his credibility and effectiveness before the administration even took office.” McFarland barely escaped Mueller’s clutches. The grand inquisitor “wanted me to plead guilty for a crime I didn’t commit,” just to “implicate” Trump in wrongdoing.” She wasn’t about to fall for that “perjury trap.”