Anthony Weiner, aka Carlos Danger, the New York liberal brought to justice by a succession of increasingly disgusting sex scandals is about to get an early release from prison.

The most recent scandal for those that have lost their place in the score keeping is likely the most serious of them, the sexting of a fifteen year old girl in North Carolina.

A federal judge sentenced Weiner to twenty one months in prison after he pled last year to a single count of sending explicit material to a minor and reported for his sentence as a registered sex offender in October of last year.

According to the Federal Bureau of Prisons website earlier in the week, Mr Danger will not have to serve his complete sentence which would have him remain at a minimum security facility in Massachusetts until next August. His release date is now showing as May 14 which is indicative of him having completed so called “good time” or time served without disciplinary action logged against him. 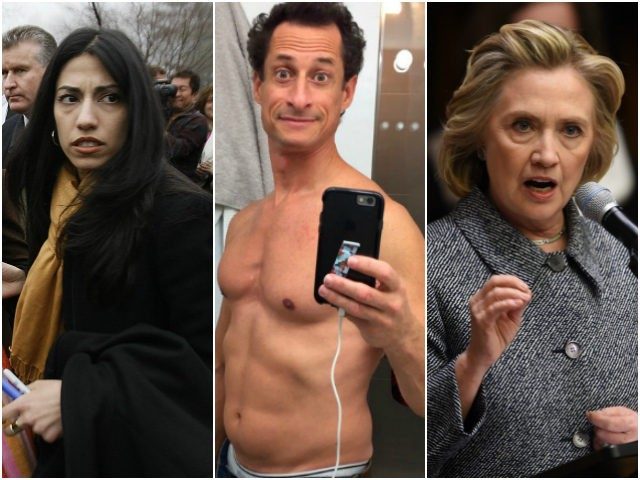 In the federal prison system there is no parole like in various state DOC systems but the time that a prisoner completes without significant discipline problems is logged as good time and earns the inmate fifty four days off of their sentence for each year served.

Donald Trump Jr. mocked the disgraced former congressman and lawyer Micheal Avenatti in a Monday tweet, suggesting with Weiner out of jail, the two could mount a presidential campaign together.

Who else is excited about Avanetti/Weiner 2020?!?

Weiner’s fall from grace began in 2011 when Breitbart News founder Andrew Breitbart secured both a lewd image Weiner accidentally posted to Twitter and a series of explicit texts the married congressman sent to women around the country. Weiner eventually resigned his congressional seat after admitting to lying about the affair. He resurfaced “rehabilitated” in 2013 to run for mayor of New York City, only to be embroiled in yet another sexting scandal and finishing in an embarrassing fifth place in the Democratic primary.

Years later, as his wife, Huma Abedin, served as a senior adviser on Hillary Clinton’s presidential campaign, Weiner faced much more serious allegations. Police in New York investigated Weiner on suspicion of having exchanged explicit messages and images with a minor. This eventually triggered a federal investigation that momentarily reopened the probe into Hillary Clinton’s private email server after her unsecured emails were found on a computer seized from Weiner and his wife.