Police are essential to every nation all over the world, without them, who will enforce the law?

Well, the situation in America recently is totally different. As more individuals join together to dissolve the police force without thinking what is the importance of these troops to our community.

James Moore, A professor of engineering and policy at the University of Southern California has been receiving strong demands to take down the flag he hung a large Thin Blue Line flag, also known as a Blue Lives Matter flag onto his office door at the campus.

He strongly stands his decision to keep the flag because he wants students to realize that there are other views outside of their progressive bubble and that they actually hold the minority viewpoint outside of academia.

In an interview at Fox & Friends, Professor James Moore said, “I wanted to communicate to progressively-oriented students that there’s a competing point of view, and they live in something of a progressive bubble on a college campus… I wanted to communicate to conservative students, of which there are many, that in fact they’re entitled to their voice, that the messages they hear are really not representative of society at large.” 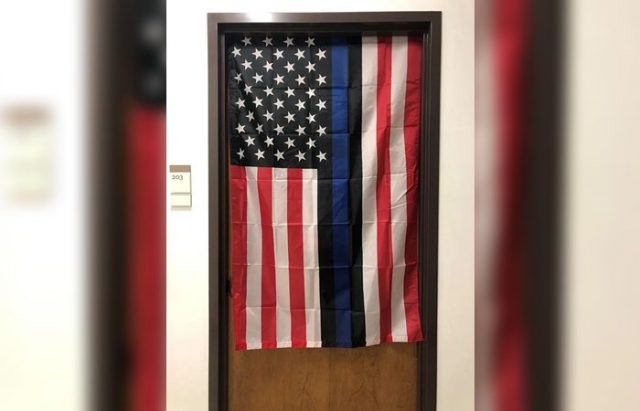 And when he was asked about the idea of the Black People being more risked to the police, he simply debunked that with this statement.

“I think it’s a lie, Black lives benefit rather strongly, disproportionately from the activities of police… Black lives are at greatest risk from reduced police service. If all lives matter and Black lives in a particular matter, then we need to make sure that they’re secure.”

In no time, he has earned a lot of outraged students took their grievances to the university staff, and filed a complaint with the dean of the Viterbi School of Engineering and USC’s Office of Equity. However, he was shocked when both offices replied that Moore has the right to hang the symbol on his office door. 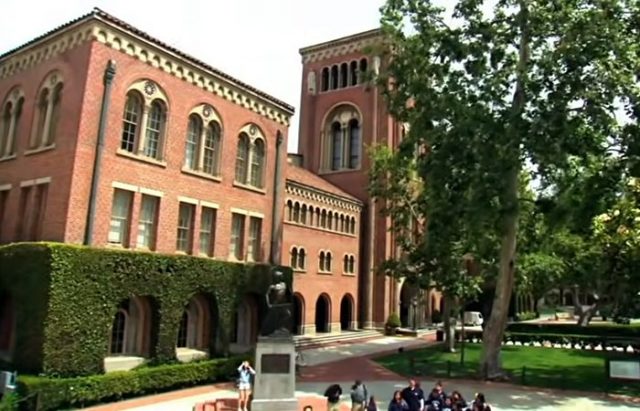 Daily Trojan confirmed a statement said by the University:

“The university does not have a policy that limits the display of materials in spaces like this, though we are looking at whether it is needed, as part of the university’s commitment to academic freedom, a faculty member can express his or her individual beliefs and viewpoints on a wide variety of topics – even controversial issues – but they do not speak on behalf of a school or the broader university.”

“I wanted to remind students that there are multiple points of view present on this campus because we are becoming fairly homogenous in respect to ideas,” Moore said.

Professor James just wanted to teach students despite these outrages, he stands still to his duty, TEACH.