Two Muslim correctional officers who refused to shave their beards to honor their Islamic religion were denied for special privileges from state prison.

Sughrim and fellow Fishkill correction officer David Feliciano filed a class-action lawsuit against the state and the Department of Corrections and Community Supervision, among other individuals. Feliciano 49, who has served nearly 20 years with DOCCS, said he also was suspended after he was also asked to shave his beard. 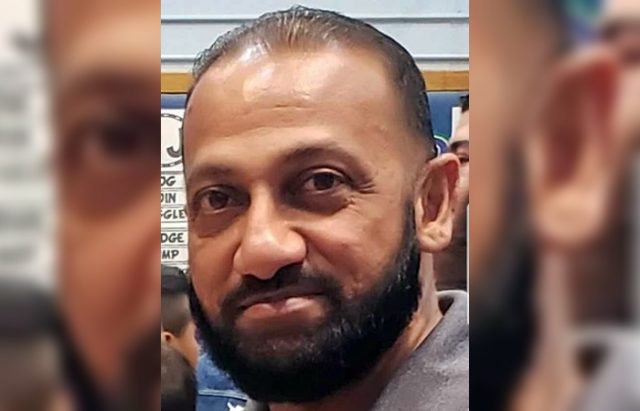 Brian Sughrim, 51, says that he was “stripped of my dignity” when he was told to shave. (Photo Credit: Provided)

Having tightly trimmed beards are part of the Department of Corrections and Community policy which was violated by these devout Muslim men.

The pair insisted that they keep their beards, they thought they were being asked to choose between their religious beliefs and their careers.

Unfortunately, they soon realized that the decision was taken by their employers as an unofficial resignation.

The Department of Corrections and Community Supervision (DOCCS) issued Sughrim and Feliciano suspensions for their failure to comply with the prison’s policy. The pair claims that they were subsequently threatened with being terminated for noncompliance.

The incident caused “… total embarrassment in front of my colleagues and a great deal of emotional pain in trying to understand why I was singled out because of my religion,” Sughrim said. “I pray that justice will be served so that I can begin to heal.”

The pair attempted to submit “an approved medical exemption” justifying their beards. The doctor’s notes claimed that the pair both suffered from “pseudofolliculitis barbae,” which causes ingrown hairs and painful bumps if the facial hair is shaved. Still, their employers rejected the exemption.

Refusing to take the order on the chin, the pair hired New York City-based lawyer Joshua Moskovitz, who filed a class-action lawsuit against the DOCCS for “religious intolerance.” The 29-page lawsuit claims that the prison discriminated against Sughrim and Feliciano for their Muslim beliefs while allowing other officers to keep their facial hair for “secular reasons.”

“We talk about New York living in a melting pot and the state of New York is going to force me to shave my beard?” Feliciano said. “Because I’m a Muslim I won’t be able to feed my family and take care of myself?”

“I felt degraded. Stripped of my dignity,” Sughrim said. “I had colleagues yelling, ‘Are you stupid? Why don’t you shave?’”

The officers were reinstated within hours of the lawsuit being filed and credited the lawsuit for the department’s actions.

The correctional officers’ attorney Joshua Moskovitz says the lawsuit is the “sole reason that they’re getting their jobs back.” He says the litigation will continue forward.