Former FBI director, Robert Mueller, has been keeping dirty secrets for sometime now, and an eyewitness to his corruption is speaking out. 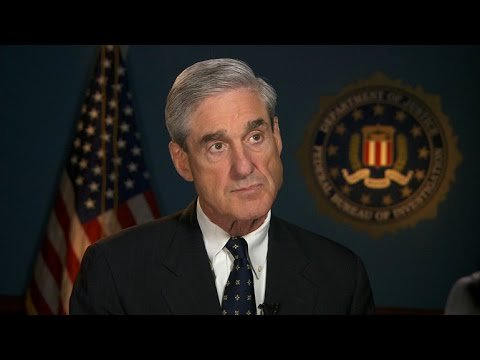 Harvey Silvergate is a Boston-based lawyer who experienced first hand just how far Mueller is willing to go in order to silence any who oppose his will and now he is speaking out against the ludicrous nature surrounding his now being in charge of an investigation into the president of the United States of America. What qualifies a corrupt former FBI director who is now implicated in multiple cover up stories while serving under both the Bush and Obama administrations to lead a special investigation into a President he has openly expressed a great disliking for? The answer is absolutely nothing and the fact that he was appointed in the first place expresses the level of corruption still coursing through the American government officials who deemed him a worthy candidate in the first place.

Boston-based lawyer Harvey Silvergate penned an article for WGBH this week and talked about how Mueller, acting as United States Attorney at the time, tried to entrap him on fake drug charges.

“When Mueller was the acting United States Attorney in Boston, I was defense counsel in a federal criminal case in which a rather odd fellow contacted me to tell me that he had information that could assist my client. He asked to see me, and I agreed to meet. He walked into my office wearing a striking, flowing white gauze-like shirt and sat down across from me at the conference table. He was prepared, he said, to give me an affidavit to the effect that certain real estate owned by my client was purchased with lawful currency rather than, as Mueller’s office was claiming, the proceeds of illegal drug activities.”

“My secretary typed up the affidavit that the witness was going to sign. Just as he picked up the pen, he looked at me and said something like: “You know, all of this is actually false, but your client is an old friend of mine and I want to help him.” As I threw the putative witness out of my office, I noticed, under the flowing white shirt, a lump on his back – he was obviously wired and recording every word between us.”

“Years later I ran into Mueller, and I told him of my disappointment in being the target of a sting where there was no reason to think that I would knowingly present perjured evidence to a court. Mueller, half-apologetically, told me that he never really thought that I would suborn perjury, but that he had a duty to pursue the lead given to him.”

“This experience made me realize that Mueller was capable of believing, at least preliminarily, any tale of criminal wrongdoing and acting upon it, despite the palpable bad character and obviously questionable motivations of his informants and witnesses.”