One patriotic man from Florida took out his disgust with the national anthem protests in the NFL by encouraging fans to boycott in a very creative way.

At a Jacksonville Jaguars’ game he put up a sign in the sky with a message. The giant message was flown behind an airplane that passed about the stadium for over a 1000 fans to see.

The man’s name is Terry Smiley and he was determined to have his voice heard.. Or better yet, seen on the national anthem protests, so he decided to hire a pilot to fly his banner. 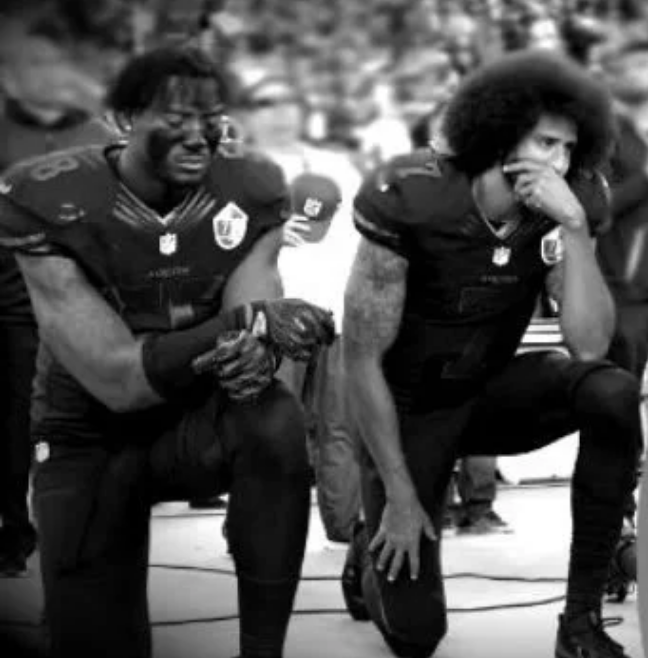 Terry Smiley said he was disgusted by Jaguars players who took a knee during the national anthem in London last month, and he decided he needed to make his voice heard.

So Smiley hired a pilot to fly his banner, which read “BE AMERICAN. BOYCOTT THE JAGS AND THE NFL,” over EverBank Field on Sunday before the Jaguars faced off against the Los Angeles Rams.

“I have the right to protest and I’m going to protest it with bumper stickers, airplanes – whatever I got to do. I will continue to protest,” Smiley told WFOX-WJAX-TV.

As part of his campaign against the NFL, Smiley is giving away bumper stickers in hopes other supporters will join him.

While Smiley may feel the players’ actions are disrespectful, other Jaguars fans said the players are kneeling to garner awareness for a greater cause. 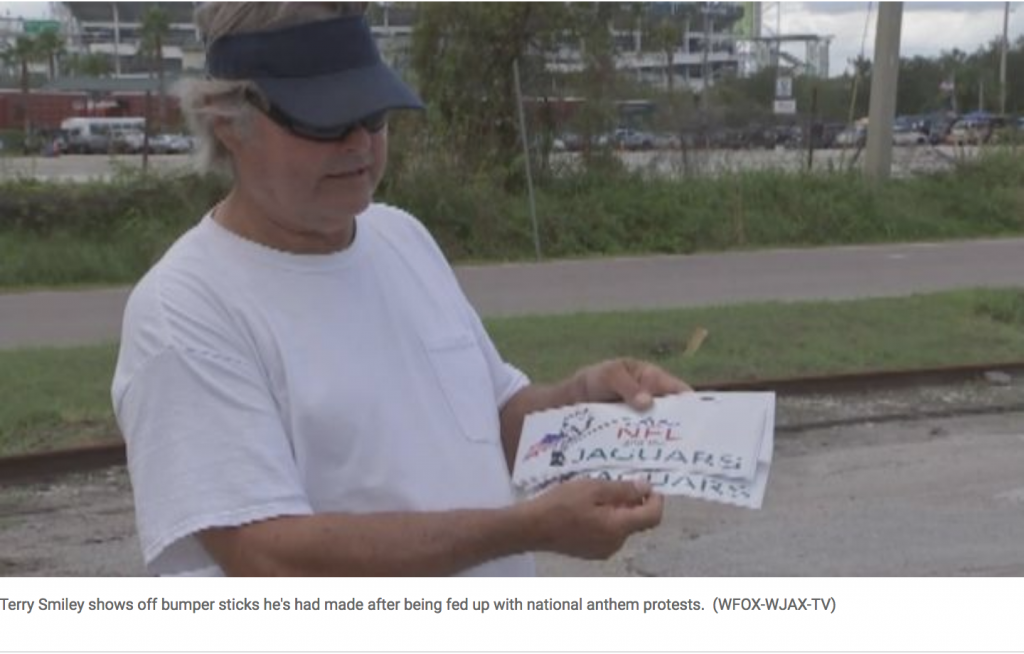 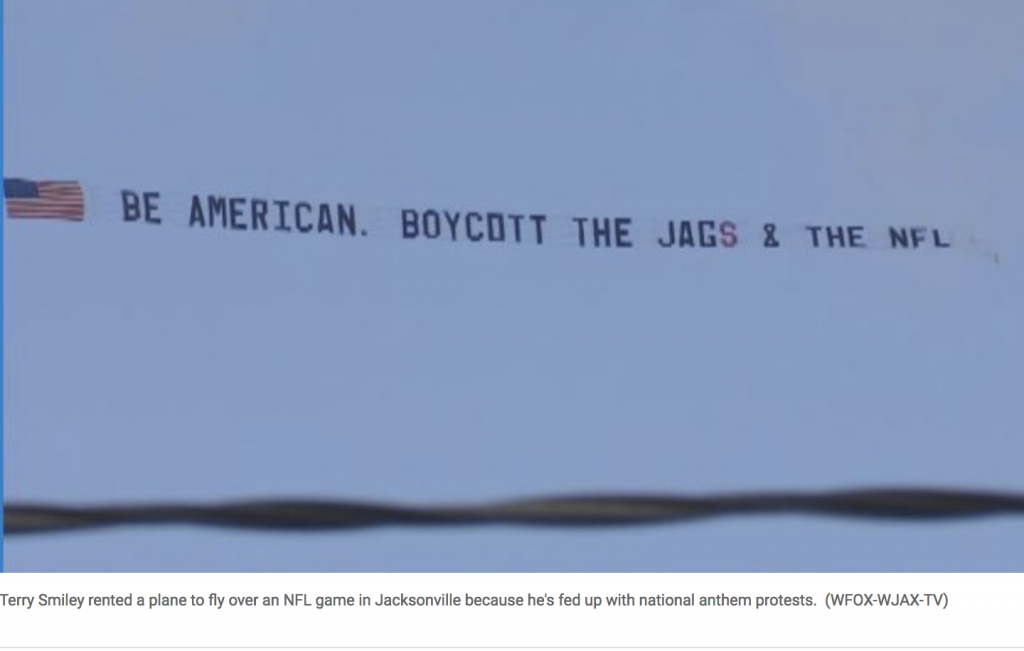 “They are taking it in a peaceful manner,” Jaguars fan Jaumari Day told WFOX-WJAX-TV. “They are trying to use their words and use their actions instead of taking it to violence.”

Another fan, Jay Crossman, said people need to realize the “true message” of the protests.

“They have publicly stated that they care about veterans and the flag and that’s not what they’re kneeling against,” Crossman said.