Roy Moore, Alabama Senate candidate, apparently should have thought twice before signing the high school yearbook of one of his accusers.

He signed his name and wrote, “To a sweeter more beautiful girl I could not say ‘Merry Christmas’…,” and then sexually assaulted her, claims the woman who charged Moore on Monday.

The fifth lady to accuse the politician of sexual misconduct is Beverly Nelson. She has brought forth a yearbook with the inscription including the worlds “Old Hickory House,” the restaurant Nelson used to work when she was 16-years-old.

This is the same alleged place where Moore, 30-years-old at the time, offered to take her home the night he attempted to sexually assault the young girl in his car. 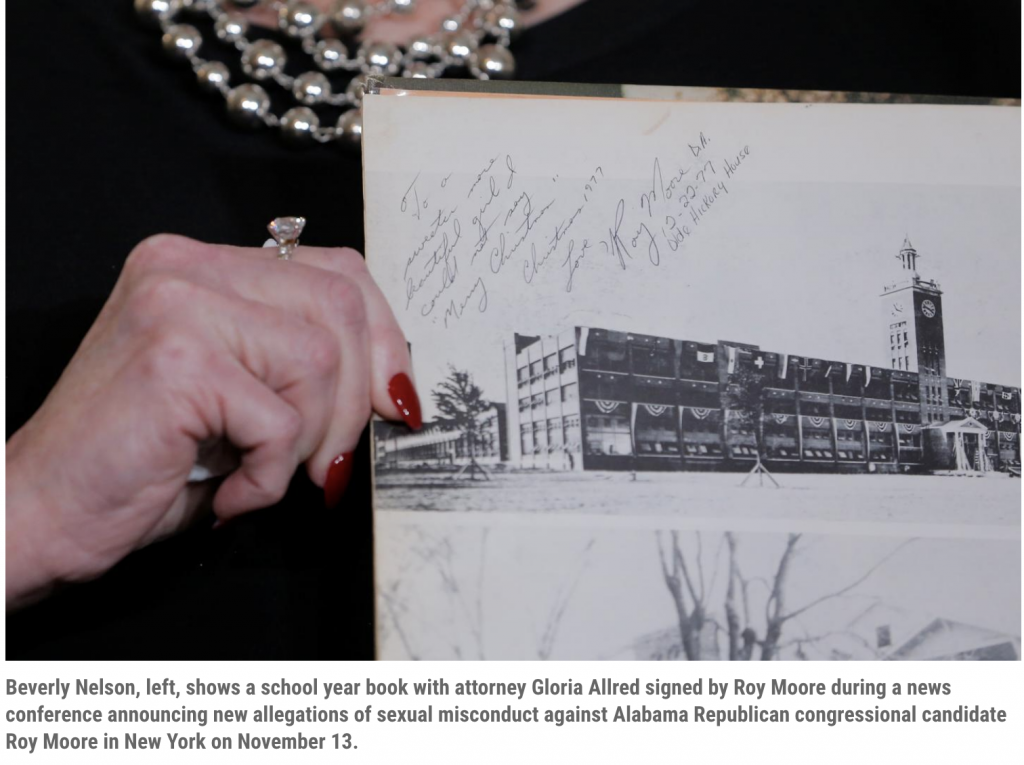 Feminist lawyer Gloria Allred refused to deny that her client’s “Roy Moore” signature in her high school yearbook is NOT a fabrication. CNN’s Wolf Blitzer grilled Allred on the matter Wednesday.

“Well, all I’m saying is, we will permit an independent examiner of the writing…We will allow all of this to be asked and answered at the hearing,” Allred said.

“But that’s not a flat denial, Gloria,” Blitzer said.

Blitzer asked why Allred needed a Senate hearing and would not just permit an independent handwriting expert to take a look.

“Well, uh, all I can say is we want it done in a professional setting to the extent possible, that’s the only setting in which people can testify under oath,” Allred said.

Blitzer asked if Allred’s client would take a lie-detector test, but she refused, pushing for a Senate hearing.

Allred pushed only for a Senate hearing.

“The time has come for Roy Moore to announce whether he is willing to be examined under oath,” Allred said, pressuring the Republican candidate to testify in front of the Senate about the women’s allegations and the disputed signature in the high-school yearbook.

“If the Senate doesn’t do it, are you still prepared to let outside experts, observers look at the handwriting in that yearbook?” Blitzer asked.

“We think this should be done in, you know, a professional setting,” Allred said. “And this is what we have proposed. And we’re not going to be distracted.”

Allred said that an independent handwriting expert being brought on would be “reasonable,” but only if Moore is willing to testify in the Senate.

Big League Politics called attention to the possibility of a signature forgery, reporting: 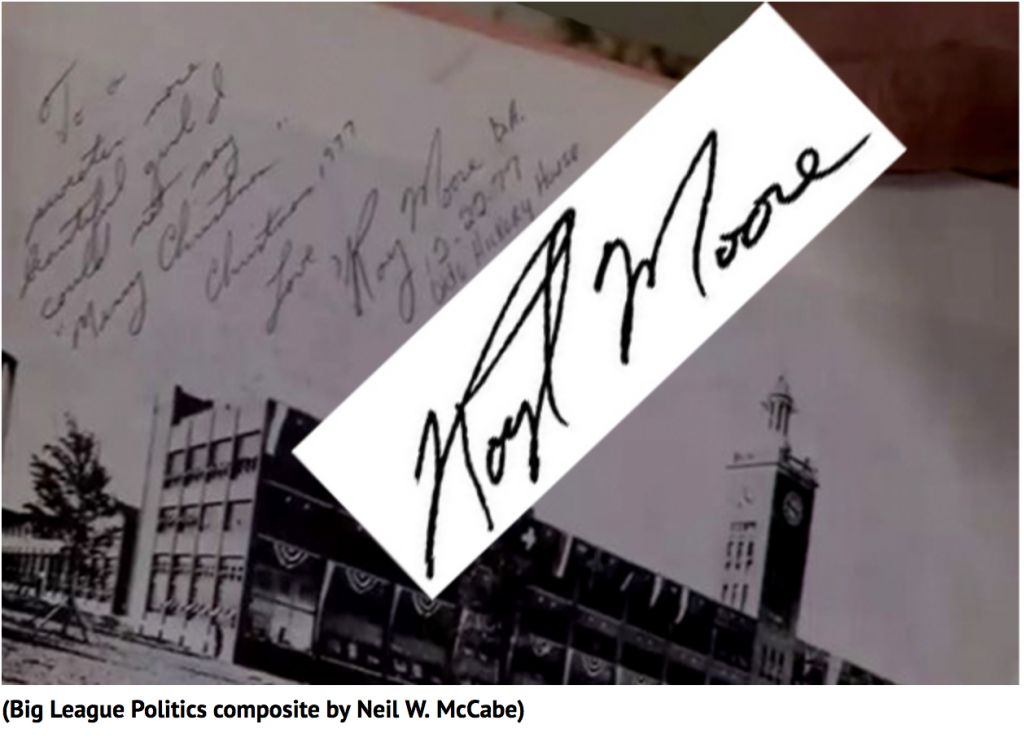 Young Nelson presented an entry in a high school yearbook as collaborating evidence for her account, a signed note she said was written and signed by Moore.

In this photo is the entry and Moore’s recent signature from a fundraising email sent in late October.

Are they written by the same man?