Leftists in Hollywood aren’t thinking of the hard working set crew when they say they want to go on strike. Of course not, they’re well off and it’s all about them and not getting their way. There’s a rumor that this is how they’re going to protest Donald Trump’s presidency. 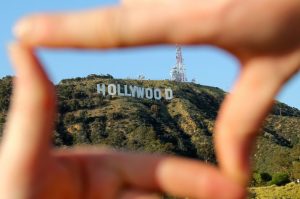 A rumor has begun circulating that certain left-leaning figures in Hollywood plan to ask for a general strike of the movie and television industry as long as Donald Trump is in office. Mike Opelka calls out the wealthy actors and directors who might lead such a strike for the harm they would cause the hard-working, often lowly-paid support staff who help keep the film industry operational.

“The people who do all the real work in Hollywood are the people who build the sets, who make the costumes, who create the props, and in some cases do the stunts and the special effects,” Mike opines. “And they’re not getting the bazillion dollar deals. They’re not getting all of the big bucks to appear and show up at those awards shows. So it just seemed very, very near-sighted, very myopic.”

Nothing those leftist celebrities threaten hold water with me. I mean, how many actually left the country? I’m still waiting for that one…