As more and more details are slowly revealed about the Las Vegas Shooting the more suspicious the circumstances are becoming. 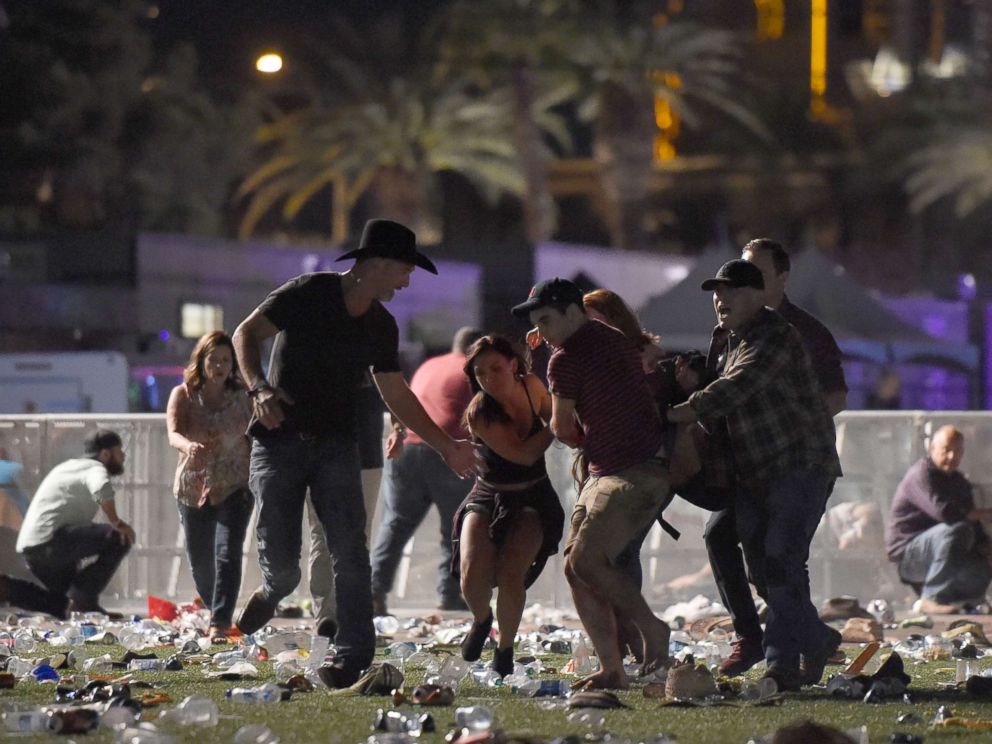 The Las Vegas shooting is going down as the most deadly mass shooting in US history and yet official details seem to be mysteriously absent in comparison with similar such tragedies. In normal circumstances surveillance footage and employee depositions would have already been released an a basic understanding of what happened and why would be well underway. That however, is not the case in this situation and any information that has been released seems to contradict everything we are being told.

Originally mainstream media outlets had the public believing that Paddock worked alone and absolutely no signs of the mass shooting that was about to occur were known. Apparently that’s not true at all as we are now learning that a security officer was wounded and reported a shooter shortly before Paddock had a ten minute window of time to open fire on the unsuspecting crowd below.

In what’s perhaps the biggest (alleged) plot twist in last week’s shooting, the Los Angeles Times’ Matt Peace and Richard Winton are reporting that six minutes before the massacre began, a wounded Mandalay Bay hotel security guard called hotel officials to warn them about the gunman on the 32nd floor.

According to his report in the LA Times,

Police did not arrive at the room where the guard had been shot until after Stephen Paddock had finished a 10-minute shooting rampage on a crowd gathered below for a country music festival, the investigation now shows.
The revelation that hotel security had been alerted comes a day after Las Vegas police changed their timeline of how the Route 91 Harvest country music festival massacre started on Oct. 1 — not with an attack on a crowd along the Strip at 10:05 p.m., but with the shooting of Mandalay Bay security guard Jesus Campos inside the hotel about six minutes before.

“He called it in before” the attack began, possibly using a hallway phone to contact hotel security, Clark County Assistant Sheriff Tom Roberts told The Times in an interview. “He manually called down and he used his radio to call. … That’s what we were briefed this morning.” Roberts said he didn’t know precisely what time Campos called in his own shooting before the assault on the concert began, or whether the hotel immediately passed the information to police.

“We just don’t know how long it took him to call. He’s getting shot at, he’s running, he’s getting shot, he finds some cover, that’s when he starts calling in,” Roberts said. A spokeswoman for the company that owns Mandalay Bay seemed to dispute the police timeline given to The Times on Tuesday but did not explain why.

And the plot thickens…