Democrats are all connected, and they are all corrupt if factual evidence is to be believed and Harvey Weinstein in no exception. 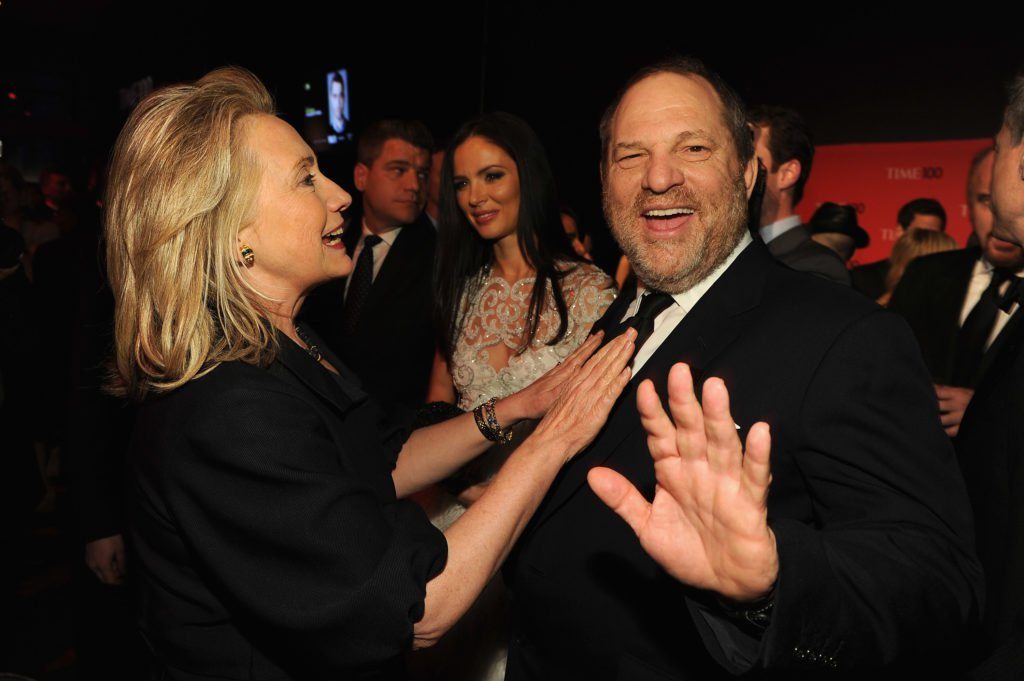 An integral member of the political inner circle for democratic presidential campaigns  since Bill Clinton ran in the 1990’s, Harvey Weinstein has donated a mass amount of time and money running around with the likes of Hillary and Obama for quite sometime. As recent accusations of sexual harassment throw Weinstein into the limelight of mainstream media one seldom mentioned fact is the close personal relationships a man like this managed to have with Democratic government officials that include the former president and First Lady who allowed their daughter to intern for a man with less than respectable advances toward women for decades.

An honest politician is a known oxymoron for anyone of intelligence and understanding of the position every politician is placed in, however that doesn’t mean a complete lack of moral integrity is a requirement for the job, unless you are a liberal of course.

A bombshell report in The New York Times describes serial sexual misconduct allegations against Harvey Weinstein by dozens of women who have been sexually harassed over the last three decades.

The fallout from the report is just beginning for the Hollywood media mogul. Weinstein is a prominent Democratic donor who has been an integral part of Hillary Clinton’s and Barack Obama’s inner circle. Weinstein hosted and donated to Hillary’s 2016 campaign and did the same for former President Obama.

Weinstein was a strong supporter of Hillary Clinton’s recent presidential run and donated to her political campaigns about 10 times between 1999 and 2016, according to a review of campaign finance records.

The entire Democratic Party consists of the worst type of politicians and human beings willing to support the atrocities being committed against this country and its citizens.