In East St. Louis, a preschool teacher administered a twisted punishment to the young kids. Since the incident, two staff members at the preschool have been placed on administrative leave after they forced the entire class of students to remove their clothes and stand naked in the closet as a class. The teachers claimed it was simply an unusual punishment that they decided to administer and there were no pedophilic intentions at all.

The teachers were part of the Head Start program, which is under the umbrella of the Southern Illinois University Edwardsville at the Jackie Joyner-Kersee Center. They were in charge, as a pair, of leading the class of about twenty preschool-aged students through essential educational activities. However, the SIUE police chief Kevin Schmoll soon learned that these teachers were doing much more than “teaching” students, they were also demanding that the little ones remove their clothing and stand in a closet as a class as a form of punishment.

The students were young. Most were ages four and five. But they had done something wrong, so the teachers decided to remove the little children’s clothes and force them to stand in the dark closet naked for several minutes. After the punishment, the kids were invited to put their clothes back on and rejoin the class.

The police first learned about the disturbing punishment on Thursday and quickly followed up about it. A parent had heard about it from their child and could not believe it had happened – but the boy’s recollection of the event was very real and detailed. The parent had no choice but to call the police and report it to the proper authorities.

The teacher who was the mastermind of the punishment had been in the program for three years and was 26-years-old. They led the punishment at the beginning of February and may have done it before throughout the course of their three-year career at the school. The teacher’s 41-year-old aide was all too happy to join in the creepy punishment, encouraging the students to disrobe and stand in the closet. The aid had been working with the program for five years and should have known better than to act that way. They observed the punishment but did not report it. 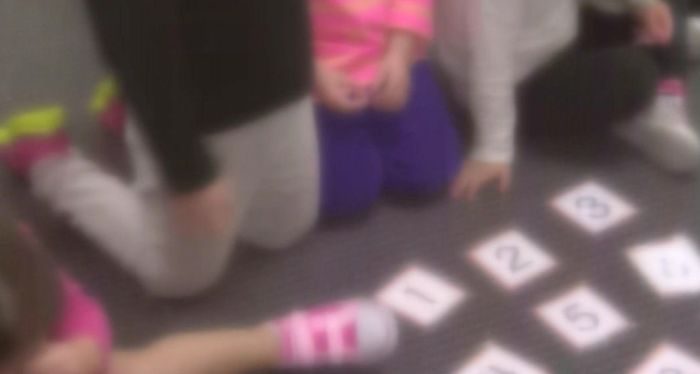 Chief Schmoll later admitted to investigators that this punishment did occur at the little child described. They said that they used nudity in the classroom as a technique to discipline the children.

“We are continuing to interview students so there may be more victims we don’t know about yet,” Schmoll said.

Once the truth about their teacher and aide was revealed, the school sent a letter to parents explaining the details of the “child safety violation.”

The letter said, “Under no circumstances does the program condone or tolerate inappropriate treatment towards children, family or staff.”

Schmoll has forwarded the case to the St. Clair County State’s Attorney office to see if they’ll be able to charge the teacher or the aide.

“The little boy who first reported it was very brave for coming forward,” Schmoll said. “That is how we were able to discover this in the first place.”