A spy in the U.S. Department of Defense was arrested in Erbil, Iraq, and flown to the United States for further interrogation. The criminal charges are so serious that the contract translator could be sentenced to death if a jury finds her guilty. She intentionally gave the names of eight covert intelligence assets to Iran’s proxy mercenaries, Hezbollah.

Mariam Taha Thompson, a 61-year-old U.S. Defense Department contract linguist, was stationed in the Mid-East at a “special operations facility” in Erbil, Iraq, since mid-December of 2019. On December 30, “after a U.S. airstrike on Iranian-backed forces in Iraq, Thompson’s activity on the Department of Defense network made a ‘notable shift’ when she accessed files about eight spying sources,” according to the documents charging Thompson.

Then, in February, the Federal Bureau of Instigation “discovered a note in Arabic hidden in her mattress.” The reason it was hidden was because it listed the names of the eight undercover “intelligence sources” she exposed. Apparently the information had already been leaked.

The “sensitive national defense information,” was handed off to her contact, “a Lebanese national located overseas,” Assistant Attorney General for National Security John C. Demers confirms. Because her crime was committed “in a war zone” they are especially serious. “If true, this conduct is a disgrace. This betrayal of country and colleagues will be punished.” 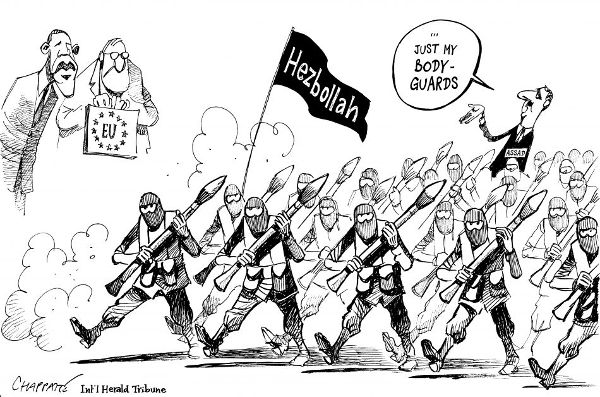 Spy could get the death penalty

Thompson, reports note, will be locked tightly in a deep hole “until at least March 11.” They’ll drag her out to appear in court “for another hearing about whether she’ll stay in jail as she awaits trial.” Magistrate Judge Robin Meriweather braced the defendant to expect the worst.

“If she is found guilty,” the judge advised, the charges “carry potential life sentences that could also include the death penalty.” Prosecutor John Cummings pointed out that she poses “a grave and imminent threat to US assets in a military zone.” Thompson hasn’t entered a plea.

The Department of Defense released a statement acknowledging they are “aware that the Department of Justice charged a DoD contractor with serious criminal offenses.” they promise to cooperate with the investigation.” press secretary Alyssa Farah also notes, “DoD is taking all necessary precautions to protect its forces and its intelligence sources.”

Before she became a spy in the Middle East, Thompson lived in Rochester, Minnesota, Ilhan Omar’s state, known to be a hotbed of radical Muslim ideas. Thompson wasn’t born in the U.S.A. but she is a citizen, and a traitor.