Vegas shooter, Stephen Paddock, took about 10 minutes of nonstop gunfire to carry out the deadliest mass shooting in modern US history.

Over 22,000 innocent people became the target below the Mandalay Bay at a country music festival.

He had checked into a hotel room overlooking the festival, stocked a room of weapons with cameras inside his room and hallway, and prepared for the massacre. 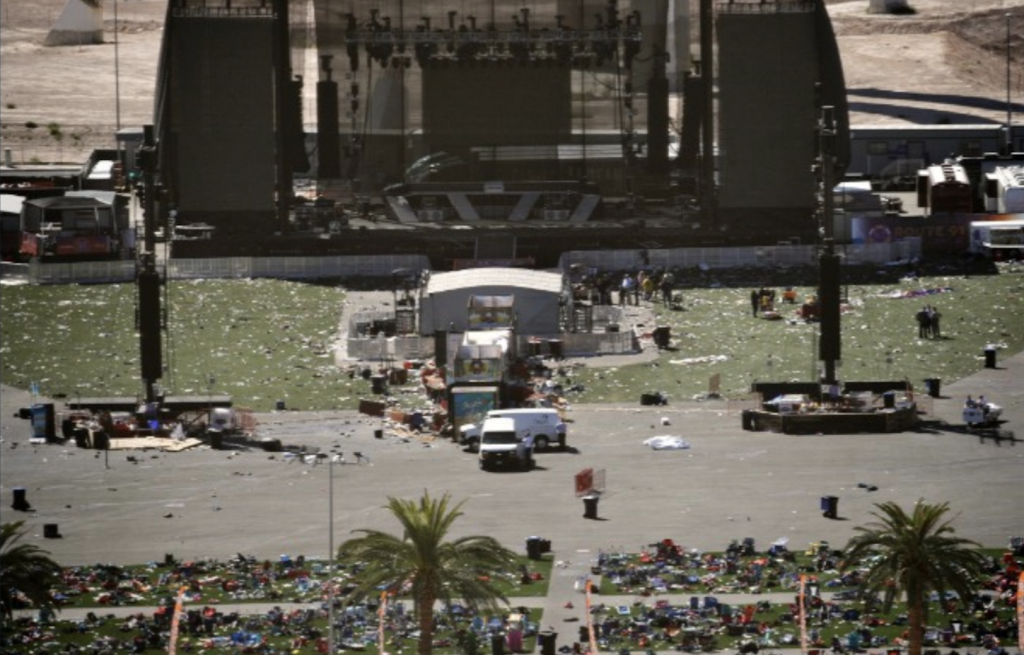 Police claim Paddock acted on his own with his arsenal of weapons, including bump-fire stocks found in the hotel similar to an automatic rifle. According to some sources, Paddock had 12 “bump-stock” firearms.

Many are desperate for the truth as things are hardly adding up about the devastation that left 59 people dead and more than 500 injured.

In total, police recovered nearly 50 guns, including rifles, shotguns and pistols, from three locations, including the Mandalay Bay hotel where the shooter rained down hundreds of rounds on concertgoers attending a nearby country music festival.

The AP explains how a bump-stock works:

The device basically replaces the gun’s shoulder rest, with a “support step” that covers the trigger opening. By holding the pistol grip with one hand and pushing forward on the barrel with the other, the shooter’s finger comes in contact with the trigger. The recoil causes the gun to buck back and forth, “bumping” the trigger.

Bump-stocks are legal because the device technically uses physics to increase the rate of fire and still requires one trigger pull for each round fired. Therefore, weapons equipped with the device are still considered semi-automatic.

Las Vegas Undersheriff Kevin McMahill told reporters on Tuesday that Paddock fired on innocent people for up to 11 minutes. The first gunshots were reported at around 10:08 p.m. and the gunfire ceased at 10:19 p.m. on Sunday.

It was also revealed that Paddock set up two cameras in the hallway outside his hotel room so he could see police or security approaching. Paddock killed himself before police could engage him.