President Trump and the first lady Melania just visited the Yokoa Air Base in Japan.

While on stage Trump thanked the United States Armed Forces for supporting American core value around the world.

Trump set the mood by alluding to their dim future, however, not mentioning any names in specific.

Just like the great leader he is, Trump promised to give the US military the best equipment and resources necessary to complete their jobs. 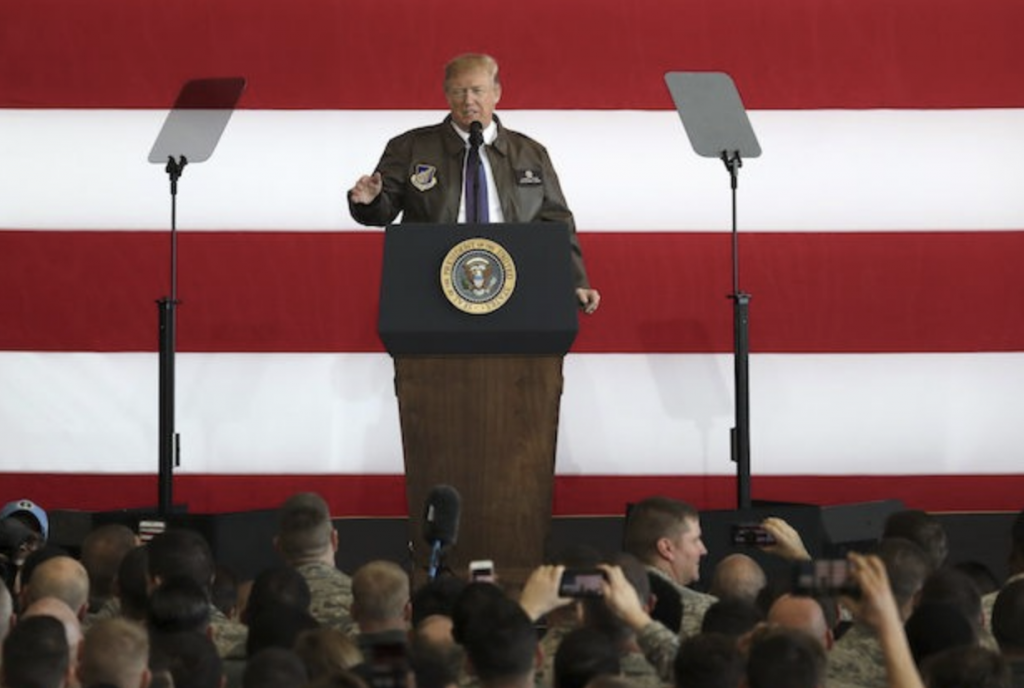 Under President Trump’s great leadership he pledged to deliver success to the United States.

President Trump is not the traditional president America is used to and the haters will come around. All they have to do is open their minds and give him a chance.

Easier said than done with the liberal left in America who preys on closed minds for votes and graft but eventually all things pass and the Democratic stranglehold over their voters will end.

If not they will join the Bush family in the dustbin of history.

President Trump is setting the tone for a new kind of American President – one who tells it straight, no matter how politically incorrect, who is not afraid to use America’s  considerable leverage throughout world to finally get America better deals, and one who embraces the military.

From saving money on military contracts, to trade deals that finally are fair, to supporting our troops – Trump is delivering.

All we want is a fair deal so we can quietly out-compete the rest of the world. As we have been doing for so long.

But Trump alone among our past leaders really understands how to use America’s big stick and he just overruled his advisors and fired the shot heard loud and clear by every other military in the world…and one so powerful it will echo throughout history. Like other great lines of past presidents.

Speaking in front of our front line troops at Troops Yokota Air Base in Japan Trump said,

“You are the greatest hope for people who desire to live in freedom, and you are the greatest threat to tyrants and dictators who seek to prey on the innocent. History has proven over and over that the road of the tyrant is a steady march towards poverty, suffering, and servitude. But the path of strong nations and free peoples, certain of their values and confident in their futures, is a proven path to prosperity and peace. We dominate the sky, we dominate the sea, we dominate the land and space.”

Let’s repeat this line because it will go down as one of the great lines in history of Presidential speeches and is guaranteed to echo throughout history: