An association of federal judges clearly overreacted by calling an “emergency” meeting for Tuesday, over one of President Trump’s usual Tweets. The group simply “could not wait” until their upcoming spring conference to address the “deepening crisis.” No matter what they decide, there isn’t any force behind their threats.

The way Independent Federal Judges Association is treating one of President Donald Trump’s recent tweets, you would think it was the end of the world. Well, for liberals, it might be. They can’t hold on until their scheduled April gathering to address the manufactured crisis, even though nothing much will ever come out of it. So, they pushed the panic button. It’s really more of a false alarm. Not only isn’t there any substance to the perceived threat, “the group has not decided how it will report the result of its meeting, if at all,” U.S. District Judge Cynthia Rufe admits. She’s the club’s leader.

Lurking at the core of the issue are four federal prosecutors who tried to lock Roger Stone up and throw away the key. They wanted him to serve a full seven to nine year sentence in federal prison for lying to the Federal Bureau of Instigation. That’s exactly the same thing that Andrew McCabe, former Deputy Director of the same fumbling bureaucratic incompetents, just got a free pass on. The double standard is blatant. The four deep state operatives banded together and attempted to strong-arm the Attorney General. Either accept their ultimatum or they would “call a press conference.” Go ahead, make my day,” William Barr dared. Trump tweeted something along the lines of “what gives with that?” Suddenly, it’s obstruction of justice. Barr was already planning on lowering the recommendation but he wasn’t thrilled with the optics from the White House.

Since Barr stood up for the American system of justice and refused to recommend a harsh and unwarranted sentence, all four prosecutors abandoned the case. One of them resigned. Good riddance to the whole pack of rats, conservatives say. Speaking of rats, after those four anarchists tried to hijack justice for their own ends, “2,000 former Justice Department officials called on Barr to resign.” Even though they don’t have all the facts, they claim “his handling of the Stone case ‘openly and repeatedly flouted’ the principle of equal justice.” 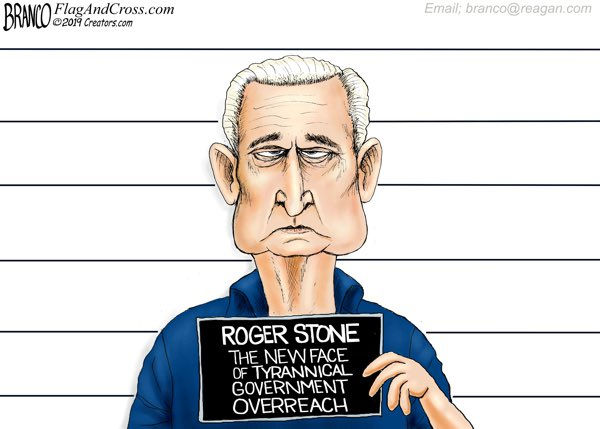 Another thing that the judges are cheesed off about is the fact that President Trump had the nerve to criticize the judgment of one of their members. Referring to the Judge assigned to the Stone case, U.S. District Judge Amy Berman Jackson, Trump tweeted, “Is this the judge that put Paul Manafort in SOLITARY CONFINEMENT, something not even mobster Al Capone had to endure? How did she treat Crooked Hillary Clinton? Just asking!”

Judge Rufe is at a loss as to what they might be able to accomplish after their emergency session. The panel is “not inclined to get involved with an ongoing case.” Rufe says she’s “not concerned with how a particular judge will rule.” Instead, as a group, “we are supportive of any federal judge who does what is required.” Required by who? George Soros perhaps?

According to Rufe, The President isn’t allowed to give any orders to the Department of Justice that it’s his job to supervise. “Although there are times when political leadership appropriately weighs in on individual prosecutions, it is unheard of for the department’s top leaders to overrule line prosecutors.” To her, it doesn’t matter if they were wrong, or that they committed the crime of extortion against the Attorney General himself.

Barr called a time out and sent for an independent “outside prosecutor to review the criminal case of Trump’s former national security adviser, Michael Flynn,” which is another high profile case. The judges association will have its emergency meeting by telephone. “the federal judges are set to convene via a conference call involving 15 to 20 officers and members of the association’s executive committee.”