An on-duty Police officer was kicked at the Olive Garden in Independence, Missouri because guns aren’t allowed in the restaurant. The cop was in full uniform when he went into an Olive Garden to meet with his family for dinner for his birthday.

The staff at an Olive Garden in Kansas City asked Kansas City, Missouri police officer Michael Holsworth to leave during his own birthday lunch on Sunday. He was waiting for his family to arrive at the restaurant, dressed in full uniform and with his gun because he was on duty. While he was sitting inside the Olive Garden, a staff member allegedly asked him to leave, telling the officer they do “not allow guns inside the restaurant.” 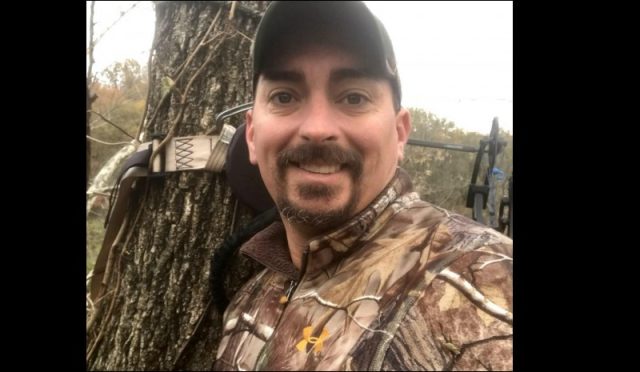 Holsworth then took Facebook to share his experience at the Olive Garden because he “did not want other officers to be subjected to the same embarrassing situation”:

So I was going to eat lunch with my family today (10-11-2015), we had decided to go to the Olive Garden in Independence off 40hwy and Noland Rd, they were running late getting there so I decided to go inside and wait for them. I walked in and sat down on a bench just inside the doors. As I was sitting there waiting, one of the employees told me ” Sir, we don’t allow guns in here.” Now mind you I am in full police uniform and on duty. I actually thought it was a joke at first so I asked her ” Are you serious?” She replied back with ” Yes”. So I told her ” well I can leave I guess.” She then replied back ” yes please leave”

He initially thought the employee was joking but left when she told him she was serious.

“Now I never in my wildest thoughts would of thought this would happen in the Kansas City area. I see it happening all over the United States to other officers but never thought it would of happened to me.” Holsworth wrote.

It’s legal to openly carry handguns in Missouri, but the Olive Garden hostess told Holsworth guns were prohibited in the restaurant.

The restaurant’s refusal to serve Holsworth brought on a flurry of outrage spearheaded by the city’s Fraternal Order of Police, which promised to organize protests outside the southeast Kansas City restaurant.

Brad Lemon, president of the Fraternal Order Of Police, said:

“It’s been an incredibly difficult day for our brother, and our entire family,” he wrote on Facebook. “All we ever ask is to be treated fairly and with the same respect to due anyone else. When we are treated poorly because of our chosen occupation, it hurts. It’s not okay to treat law enforcement poorly. We deserve, and have earned, the same level of respect due to each and every member of society.”

“Olive Garden welcomes members of law enforcement all the time in the restaurants. We love serving them. They serve our community. The least we can do is provide them a great meal.”

Holsworth earned his department’s Distinguished Service Medal in 2014 for being one of three police officers who shot and killed a burglar linked to a triple homicide, according to city records.