Bill O’Reilly comes through and reveals everything behind the Federica Wilson’s accusations towards President Trump after Wilson decided to blame Trump for his “insensitivity” during the condolence call with the wife of the deceased soldier.

But as most on the left have continued to prove dishonest, it turns out that she completely took the conversation out of context.

“I’m a rock star now.” That’s how Federica Wilson, Florida Democrat, has reacted to her recent swindle after becoming tangled in a controversy over her account of President Donald Trump’s condolence phone call to a U.S. Army widow. 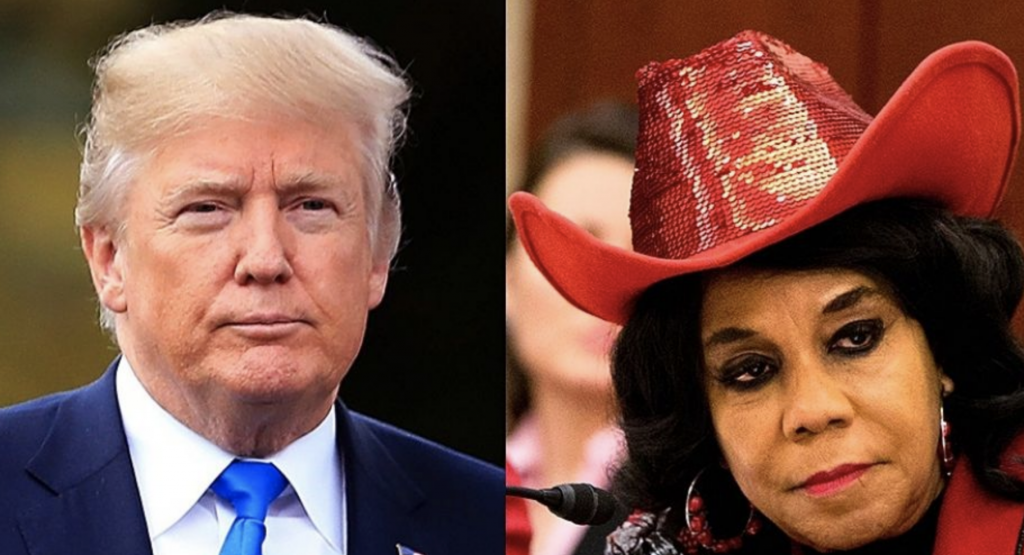 President Donald Trump recently had an interview with Newsmax and he revealed that her accusation was a huge hoax and she did it on purpose.

The Fake News is going crazy with wacky Congresswoman Wilson(D), who was SECRETLY on a very personal call, and gave a total lie on content!

Bill O’Reilly does not suffer fools. He may be a lot of things but dishonest is not one of them. And he knows Trump well – they go back years.

So if anyone would know the true story behind the Fredrica Wilson media puppet show it would be Bill.

And speaking to Newsmax, Bill blew the lid of the whole scam. For that is what it was all along – one big scam.

“The thing that disturbs me is Congresswoman Wilson,” O’Reilly started, “They were given a 24-hour day. The family of the fallen Army Sgt. [La David] Johnson, who was a Green Beret, was given 24-hour notice that President Trump would call.”

“They gave that information to Congresswoman Wilson, who is an anti-Trump hater and has been from the jump. She knew the call was coming in, she was in the car when President Trump reached the widow, Myeshia Johnson, 24 years old. Then, she goes out on CNN and says, ‘The president insulted Mrs. Johnson, made her cry. This looks to me to be a set up. It really does.”

Correct. It was a set up from the get go. Trump spoke about calling families and Fredrica decided to exploit what she knew was coming for political gain. To slander Trump to raise her stature with the Democrats.

To get the donations, to get the anti-Trump accolades, to get famous.

Well it worked but not the way she hoped. Sarah Huckabee Sanders came out swinging crushed her yesterday.

But the media wolves were not satisfied so General Kelly came out and told them all to cut it out and disgraced Wilson saying w e must leave some things sacred – like the call from a President to a grieving widow. And how dare she politicize it.

“I know he respects military people, so why on earth would a sitting president call a widow — just lost her husband in Niger — and insult her? It’s impossible. It’s inconceivable. They’re (the media) taking Ms. Wilson’s word for it. They’re not taking Gen. Kelly’s word for it, who says there wasn’t anything inappropriate. They’re taking Wilson’s. Why? Because they hate Trump. Everybody knows what the game is.”

Sad but true. Share this to all former corners of the globe so the truth about Fredrica Wilson and her media conspirators gets out.