Senator Tom Cotton sat down with Maria Bartiromo on the Fox News show “Sunday Morning Futures,” to talk about Chinese deception. At first, the Chinese Communist Party was only criminally negligent and incompetent. After that, they were “deliberately malevolent in the way they responded to this virus.”

The deception was done on purpose

“It was pretty well-documented by Chinese scientists,” all the way back in January, “that it didn’t originate in the food market.” The senator asserts, “we know that the Chinese Communist Party was both criminally negligent and incompetent at first.” After that, they were “deliberately malevolent in the way they responded to this virus.” That’s the point where the deception comes in.

There’s a huge difference between doing things by accident and doing them on purpose. The Arkansas Republican is convinced that the origins of the virus and China’s reactions are two entirely separate questions. Cotton notes that we were questioning the origins of the disease “very early on,” and knew it “likely” came from the “level four super lab in Wuhan.” By the “second week of December, it was clear that this virus was spreading from person to person.”

By Christmas, the doctors in Wuhan hospitals were infected. When some tried to alert their colleagues the response was more deadly deception, “the secret police arrived at their doorsteps in the middle of the night.”

WHO helped them control the damage

On New Year’s Eve, China confessed to the World Health Organization. They didn’t tell anyone else and neither did the WHO. Because of Xi Jinping’s heavy handed control of the supposedly independent organization, the virus infected the planet.

“They continued to deny that it was spreading from person to person.” They kept denying it for another whole two-week incubation period. They also “allowed millions of people to leave Wuhan.”

The WHO contributed to the deception by allowing China to prevent a suspension of international travel. The WHO’s inaction “allowed the virus to escape China’s borders and get to the United States and get to Europe and get to essentially every country in the world,” Cotton insists. 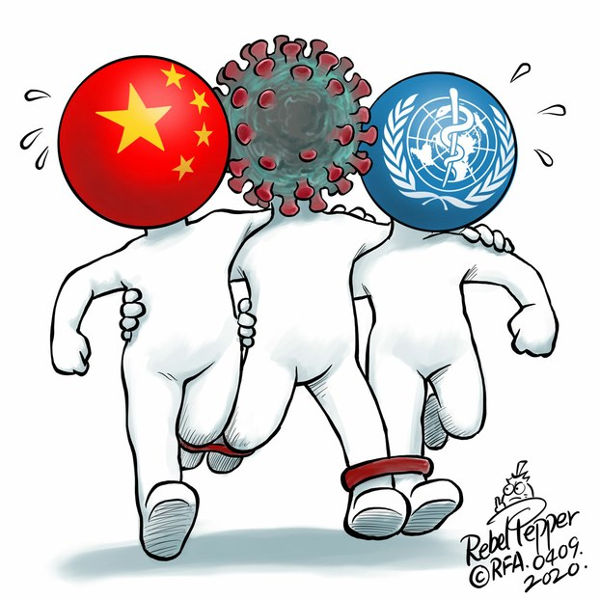 A deliberate and conscious choice

Senator Cotton believes that after the virus accidentally escaped, China deliberately took the rest of the world down with them through deception. “That was a deliberate and conscious choice by the Chinese communist leadership, because they didn’t want to see their relative power and standing in the world decline because this virus was contained within China.”

By the middle of December, Chinese officials knew full well that “this virus was highly contagious and very deadly.” Not only that, “they also knew that, once this virus began to spread outside of Wuhan, it would wreak economic havoc throughout China.” Which is exactly what happened.

“I believe the Chinese communist leaders, when they were aware of those facts by mid-January, made the conscious decision not to explain to the world that it was transmissible between humans, not to shut down travel, not to ask for American or other kind of international scientific help,” Cotton asserts.

China’s deception intentionally allowed the virus to cross their borders “because if they were going to suffer an economic contraction, they were not going to allow the world to continue to prosper.”

The damage could have been contained in China

To Senator Cotton, it’s totally obvious that there’s some fishy deception going on to level the playing field all the way down at zero. “It was inevitable that we would have economic impacts all around the world, because so much of the world has outsourced manufacturing productive capacity to China.” What wasn’t inevitable was all the unemployment.

“what wasn’t inevitable,” Cotton insists, “was that we would loss 26 million jobs in America in a month.” If China told the truth in the beginning, “some studies suggest that they could have reduced the number of cases in China itself by 65 to even 90 percent.” That led China to a drastic decision with global consequences.

“Once they knew that it was spreading all around China, they were not going to take the responsible action of bringing in international scientists and shutting down international air travel. Rather, they were going to let the virus escape their borders, so the rest of the world would suffer along with China.”