The top man at the agency responsible for administering America’s foreign aid promises the public that an “all-encompassing” probe will get to the bottom of the “many management questions.” It’s time for the U.S. to put the World Health Organization under the microscope to find out if we’ve been getting what we pay for, John Barsa insists.

U.S. probe of possible WHO mismanagement

Allegations that the WHO isn’t being run properly have prompted President Trump to cut off their lavish allowance. They aren’t getting a dime more than we’re obligated to pay, until after the results of a probe into where the money has been going all along.

One question on everyone’s mind, Barsa notes, stands out from all the rest. “Is the management of the World Health Organization running it the way it should be run?” The public also wants to know what the WHO is doing to hold “member states accountable” for their actions. Members like China who just wiped out the economy of every nation on Earth.

Last week, President Trump promised to shut the valve on the flood of cash pouring into the WHO’s bank accounts in Geneva, after reports of political favoritism and general mishandling of the coronavirus pandemic. The WHO allegedly helped to spread Chinese “disinformation” that made the problem a whole lot worse than it could have been. 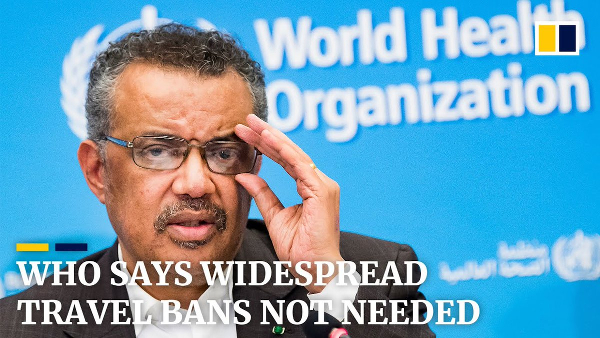 It’s not like the U.S. is simply turning its back on the health crisis, we’re just not going to keep paying a bloated and wasteful bureaucratic organization that’s doing more harm than good. Instead, we’ll find more efficient uses for the same money and help the private sector at the same time.

According to a statement released by the U.S. Agency for International Development on Wednesday, the administration will find independent “alternative partners” to continue “important work” like developing vaccines.

Every member nation is required to pay a certain amount in dues. We pay that then kick in an extra $400 million in “voluntary” contributions. That makes America the WHO’s biggest donor. The administration refuses to simply throw that money away, which seems to be what’s happening and it’s the biggest reason why there is a probe underway.

USAID director of foreign assistance, Jim Richardson, vows that “for every dollar flowing today, we’re just taking WHO off the table and we are going to provide that assistance” to other groups. Barsa assures that there won’t be any disruption to any of our aid efforts.

Washington is also checking into the possibility of partnering with “local community-based entities and faith-based organizations.” Another thing that Barsa noted, which the left-wing media is ignoring, is that the efforts to privatize some of the WHO’s projects were in the works long before the probe started.

Of course, liberals are screaming their heads off. Instead of funding the projects backed and promoted by George Soros and his New World Order globalist partners, the Trump administration favors “groups aligned with its ideology.”

For instance, the administration actually had the nerve to bring back an old policy forcing “foreign nongovernmental organizations that receive U.S. family planning funds to certify they do not provide abortions or give abortion advice.” Progressives are still steaming over that one.

In a separate announcement, Congress approved a $270 million care package of additional foreign assistance to help our global neighbors “respond to the coronavirus outbreak.”