Former Secretary of State under the Obama administration, Condoleezza Rice, spoke out against NFL players decisions to protest by disrespecting the American flag. 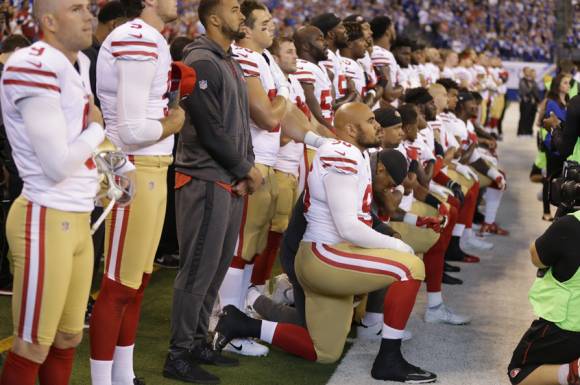 Condoleezza Rice is one of the most powerful black Woman in America and she also happens to be a rare conservative black woman in government. While being interviewed of Fox News Rice was asked her opinion surrounding NFL kneeling and she was quick to respond in favor of standing and respecting what the national anthem and American flag actually stand for. It is important as a country for us to come together and show a United front for the rest of the world to see. Division of this magnitude shows weakness and that is never something you want the enemy to see.

Rice addressed topics like the Iran deal — which President Trump seems likely to decertify — and North Korea. But then Perino addressed the elephant in the room: the NFL protests.

Rice, who has received a fair amount of criticism simply for existing as a black conservative woman, unhesitatingly laid out her opinion on the subject:

“We’ve had a long history of racial injustice and trying to come to terms with it. No human society is perfect … Democracies are imperfect. You just have to keep working at them.

We do need to get over this controversy. Whatever the players were trying to do in drawing attention to these issues, it’s gone another way now. And that people have stopped listening to each other.

When you want to lead on an issue, you want to bring as many people to your side as possible. So I hope the players find a way to make their concerns known, to talk about them honestly. What do you mean by social injustice? How are we going to get there? But to do it in a way that brings people to your side that doesn’t alienate people.”

Compromise and understanding of multiple feelings is crucial if this democracy is to continue helpin America grow for the better.