The Department of Homeland Security feels the immediate need to stop people from illegally jumping the border, so they’re chopping through the red tape with a confiscated MS-13 machete. The time to reinforce our border wall is now, they insist.

The immediate need for security speed

Acting Homeland Security Secretary Chad Wolf announced last week that his department will take “immediate action” to secure our southern frontier. It simply can’t wait. It’s a national security emergency. His press notice in the the Federal Register declares “an acute and immediate need” to stop the flood of illegal aliens and the enemy saboteurs who potentially accompany them. “The United States remains in a border emergency with more than 36,000 individuals caught trying to illegally enter our country and 54,000 pounds of narcotics seized at the southwest border in January alone,” spokesperson Heather Swift relates.

Since Congress won’t face the facts — and just say no to their addiction to undocumented voters — DHS is doing what they can through administrative policy decisions. By simply waiving a few restrictions on the hiring of contractors, months of useless thumb twiddling can be slashed. The decision means that 177 miles of border wall, spanning four states from California to Texas, will see expedited construction.

“Now that the administration has found the money, it’s a question of how fast it gets built. And these waivers are designed to ensure that it can be built faster,” Jamil Jaffer with the National Security Institute explains. One way it will get things going is by eliminating one of liberal’s favorite delay tactics. “The move will speed up the contracting process in part by preventing protest litigation.” 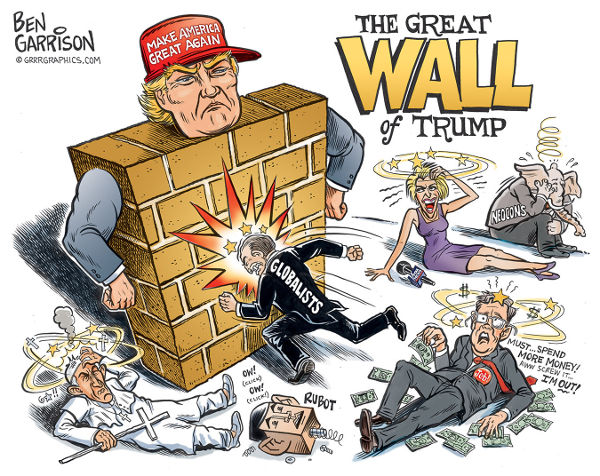 By waiving unnecessary hoop jumping, DHS can team up with the Army Corps of Engineers and the Department of Defense to use contractors who are “already vetted and experienced,” Swift notes. They will simply use companies with existing federal contracts. “President Trump is fulfilling his promise to the American people to secure the border and build a high-tech border wall system. Under the President’s leadership, we are building more wall, faster than ever before.”

By waiving the regulations, they won’t have to “go through the justification and approval process in order to make a direct award to a company.” she said. The end result is to make it easier and faster to get through the procurement process.”

Liberals are screaming but there’s nothing they can do about it. Especially because there are still plenty of safeguards. “There are mechanisms to still protect the taxpayer here. It just makes it a lot harder because you’re removing the checks at the front end,” Kara Sacilotto, an attorney in the government contracts division at the firm Wiley Rein said. She acknowledges that the process takes longer than it should. “In fairness, the normal procurement process can take a long time sometimes. Rome wasn’t built in a day, and we put these things in place to make sure that billions of dollars are appropriately spent.”