President Trump and his allies have argued for months on end that the investigations into the Russia’s attempts to disrupt last year’s election were politically motivated.

As the information about the dossier continues to be challenged, a spokesperson for a law firm said that Washington-based researchers last year were asked to gather damaging information about Donald Trump on multiple occasions on behalf of the DNC and the Clinton campaign, including possible Russian ties.

Trump has challenged the false information contained in the dossier, compiled by a former British spy hired by the Washington research firm Fusion GPS. And according to a senior Clinton campaign strategist who worked for Hillary in 2006 and 2016 elections said that Hillary Clinton asked her campaign chairman, John Podesta to start the controversial Donald Trump-Russian dossier project. 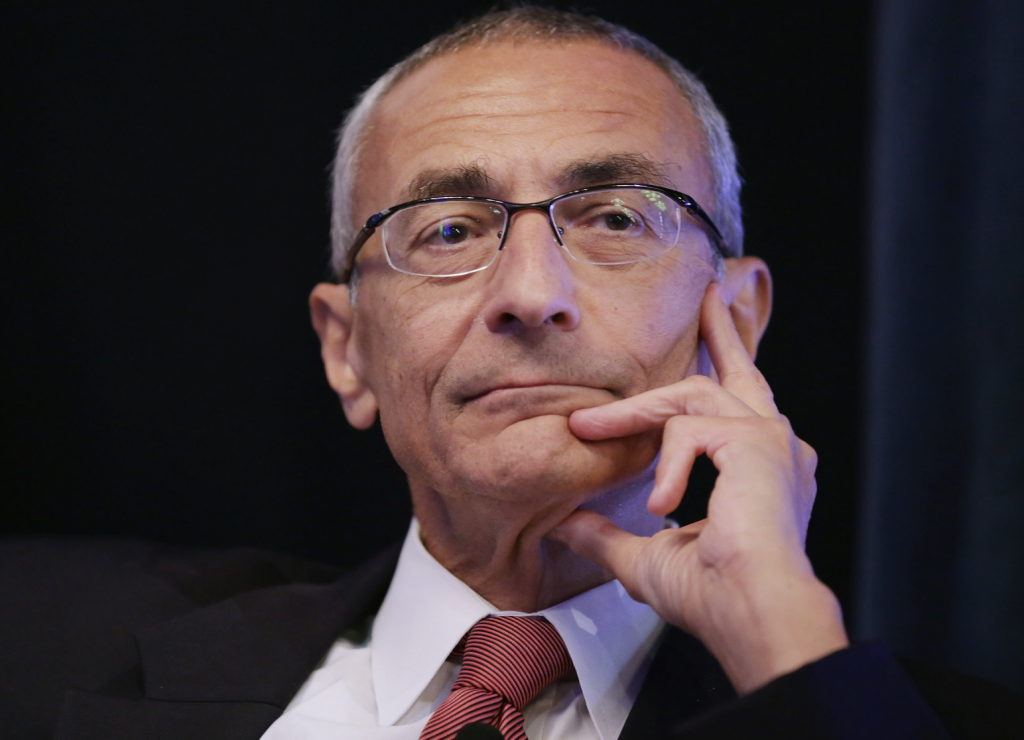 “Hillary approved Podesta’s decision to pay for the dossier by funneling campaign funds through Marc Elias,” the strategist said, referring to the lawyer who represented both the Clinton campaign and the Democratic National Committee.

“The dossier was delivered to the Clinton campaign by [the opposition research firm] Fusion GPS in the summer of 2016, and Hillary read it and was thrilled by its salacious content,” the strategist continued.

“She bragged about it so openly that many of the people in her Brooklyn campaign headquarters were aware of the existence of the dossier. Hillary referred to it as her ‘secret weapon’ that would ‘blow Trump out of the water.’”

“They leaked the story that Trump secretly agreed with the Russians that, if elected, he would not interfere with the Russian takeover of eastern section of Ukraine, and that he promised Putin he would end oil sanctions,” the source said.

Mook, Palmieri and Fallon knew, as did Hillary, that the dossier was based on interviews conducted by former British spy Christopher Steele with his contacts in Moscow—mostly Russian operatives working on behalf of the Kremlin’s secret intelligence services.

Her aides were also aware that allegations of sexual misconduct and collusion between Trump and the Russians were unverified, and that the dossier was likely part of a Russian disinformation campaign.

Nonetheless, during the campaign Hillary repeatedly attacked Trump as a Putin “puppet.”

The dossier was so crude—and the charges unprovable because they were false—that the mainstream media didn’t repeat the claims in print until after the election.

But the leaks played a part during the campaign because they helped create an overall narrative about Trump and Russian collusion.

For instance, in June 2016, the leftwing magazine Mother Jones ran a story alleging links between Trump and Russia. In August, then Senate Majority Leader Harry Reid urged the FBI to investigate Trump’s ties to the Kremlin. In October, Heat Street ran an article about Trump-Russian collusion. And on October 31, David Corn of Mother Jones published an article casting British spy Christopher Steele as a hero because of his alleged uncovering of the Trump-Russian connection.

The dossier was also used as part of the FBI’s request to a Foreign Intelligence Court judge to unmask the names of Trump associates who were inadvertently picked up in electronic intercepts of foreigners.

Thus, in the weeks leading up to Election Day, the plot to destroy Trump by using the false dossier was in full swing.

Even after Trump won the election, the campaign to discredit him continued. In January 2017, the digital news site BuzzFeed ran the full text of the dossier, and the mainstream media rushed to pick up the salacious story and run with it.