Attorneys for Michael Avenatti, the shyster lawyer who formerly represented pathetic stripper Stormy Daniels, filed a motion late Monday, demanding the Metropolitan Correctional Center give Avenatti a change of address. The former occupant of his cell was Mexican drug lord Joaquin “El Chapo” Guzman. His lawyers say that makes it impossible for Avenatti to get a fair trial.

Avenatti is being treated like a terrorist, they say, making it impossible “to prepare for his upcoming extortion trial.”

Not only did he try to shake down Donald Trump, Avenatti stands accused of “threatening to publicize accusations that Nike Inc. illegally paid families of college basketball recruits unless the sportswear company paid him $15 million to $25 million to conduct a probe.”

Avenatti is cooling his heels in the same jail Jeffrey Epstein died of strangulation in, under suspicious circumstances, last August. Avenatti’s just thankful he didn’t try to put the squeeze on the Clintons.

The tender sleazoid ambulance chaser is being “tortured,” his lawyers insist. That’s the way El Chapo described it when he stayed there. As Reuters puts it, “At his sentencing last July, Guzman described living there as ‘psychological, emotional, mental torture 24 hours a day.'” 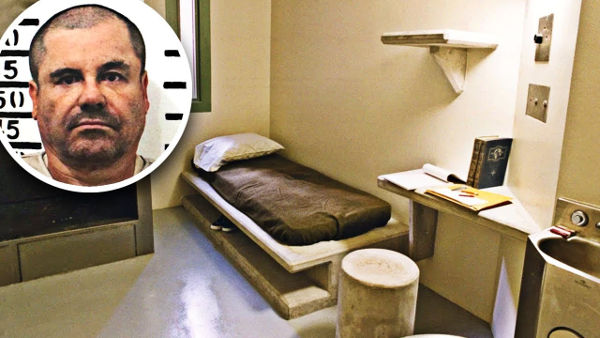 Avenatti is being held “in solitary confinement under 24-hour lockdown,” which gives him “great difficulty functioning.” He has to sleep with three blankets because the temperature “feels like the mid-40s.” Not only that, he’s under “special administrative measures” which keep him isolated from all outsiders, including his legal team.

The Defense wants him moved to general population, “where he can meet with them and better prepare for trial,” scheduled to begin next week.

Avenatti wouldn’t be there in the first place if he didn’t break the rules set by a California judge in a separate criminal case. He was thrown in jail there last week because he “violated bail conditions.” They flew him to Manhattan on Friday.