It’s no surprise that Democrats pounced on President Trump for what was really inaction by Barack Obama’s administration. The progressives have a new strategy, blame every tiny mistake on Trump. After it turned out that Obama had a chance to stock the shelves and blew it, his liberal media lackeys lied to cover it up. Conservative Republicans won’t stand for it.

Barack Obama had plenty of money to replenish the national stockpile of medical supplies but spent that money on his higher priority progressive social issues instead. Thanks to Obama’s inaction, we were left in the lurch for this crisis.

The Obama administration blasted through supplies of N95 masks and other materials in the national stockpile. Blue states including California followed that lead. Arnold Schwarzenegger had built up a supply stockpile to prepare for a SARS-like pandemic. That’s gone. They were glad to have them on hand but nobody bothered to restock the shelves.

Liberals, who never want to face inconvenient facts, were quick to blame Obama’s inaction on the Tea Party. They raced to spread baseless claims that Republicans held back the money. That’s a lie.

The Washington Examiner related the push-back efforts to “claim that Obama was only stopped in his efforts to replenish the national stockpile because of budget cuts imposed by Tea Party Republicans.”

ProPublica tried to back that faulty theory up, writing, “efforts to bulk up the stockpile fell apart in tense standoffs between the Obama White House and congressional Republicans, according to administration and congressional officials involved in the negotiations.”

Those both turned out to be complete lies and the Democrat controlled mainstream media were caught red handed by their own fact checkers, misleading the American public with fake news once again. It’s Obama’s inaction to blame, not President Donald Trump’s.

Fact checkers at liberal USA Today admit that Obama got almost all of what he asked for and they’re shocked to have to say it. In 2011, Obama asked for $655 million to spend replenishing the stockpile. He got $534 million.

“We rate this claim TRUE because it is supported by our research. There is no indication that the Obama administration took significant steps to replenish the Strategic National Stockpile after it was depleted from repeated crises during Obama’s tenure. Calls for action came from experts at the time concerned for the country’s ability to respond to future serious pandemics. Such recommendations were, for whatever reason, not heeded.”

The figure was a little lower then what he requested directly because of cuts Obama himself mandated through a separate law. “There were spending caps because of the Budget Control Act of 2011, a bipartisan law whose limits kicked in after Obama refused a long-term deal on reducing spending,” Breitbart relates. 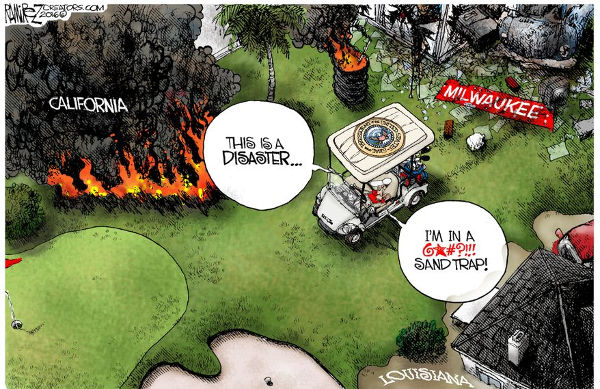 Obama tapped the supplies relentlessly but never put anything back

The Strategic National Stockpile of medical supplies was set up in 1999 to prepare for “threats like pandemics, natural disasters and acts of bioterrorism.” Under Obama, they dipped into the supplies time and again without putting any of them back.

It started in 2009 when around “75 percent of N95 respirators and 25 percent of face masks contained in the CDC’s Strategic National Stockpile were deployed for use in health care settings over the course of the 2009 H1N1 pandemic response.”

Obama went to the warehouse again for “hurricanes Alex, Irene, Isaac and Sandy.” North Dakota needed help in 2010. In 2014 there were “outbreaks of the Ebola virus and Botulism.” Then came the 2016 Zika virus outbreak. There was “no serious effort from the Obama administration to replenish the fund,” USA Today confirms.