Every government department has a “watchdog” set to guard over them, called an Inspector General. President Trump is fed up with useless lazy mutts who turn blind eyes to serious and widespread Deep State abuse, so he replaced them with vicious hand picked Dobermans. Of course, the liberal progressives are screaming, as one-by-one their “moles” are removed, yanked away without any anesthetic. The President wants his own people in there now. “We have a lot of IGs in from the Obama era. And, as you know, it’s a presidential decision,” Trump declared.

Government Inspectors can be replaced at will

Each and every Inspector general serves “at the president’s pleasure.” Right now, President Donald Trump is not very pleased. He just replaced a whole pack of toothless hounds. Seven of them are being kicked out of the kennel.

During Obama’s administration nobody heard a thing about them. It wasn’t until President Trump came along that high profile public inquiries into the Deep State forces of darkness began. After several important investigations produced evidence of serious crimes but no rolling heads, the public began to wonder, “who’s watching the watchers?”

In the spirit of Harry Truman’s oval office desk sign that said, “the buck stops here,” President Trump decided he’s not about to let the rats continue guarding the cheese.

The latest official to be replaced for disloyalty is Glenn Fine. He was only the temporary acting IG watching over the Department of Defense and the Pentagon.

When President Trump got word that Fine was to be appointed to the role of watching over where the $2.2 trillion stimulus money goes, he wasn’t very pleased. Trump picked Sean W. O’Donnell to take over watching the Pentagon and the EPA at the same time until a permanent IG can be appointed. Jason Abend, a senior policy adviser at the Customs and Border Protection office is expected to be nominated for the permanent spot.

To guard the stimulus cheese, President Trump is planning to nominate Brian Miller, a White House lawyer who formerly served as IG to the General Services Administration. He’s expected to replace Fine as special inspector general for pandemic recovery. 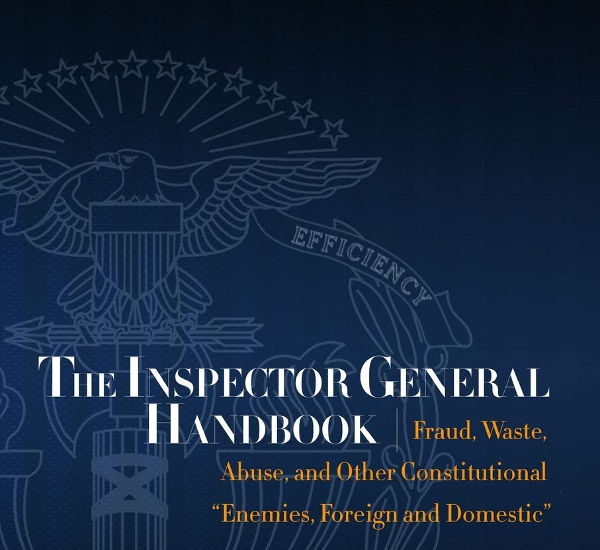 Last week, President Trump discharged the spy community’s IG, Michael Atkinson for his role in snitching information which led to the impeachment probe. Not only that, he was recently charged with “gross incompetence in the FISA scandal, vis-a-vis the 42 DOJ-NSD Accuracy Reviews.”

When Adam Schiff and all the other progressive socialists screamed bloody murder over the replacement, Trump reminded them, “As is the case with regard to other positions where I, as President, have the power of appointment, It is vital that I have the fullest confidence in the appointees serving as inspectors general. That is no longer the case with regard to this Inspector General.”

According to various reports, the Inspector General for the Central Intelligence Agency is about to be replaced, along with the IG who inspects the Department of Education.

The Inspector General for the Health Department is expected to be hitting the bricks shortly too. It seems the Acting IG, Christi Grimm, “produced a ‘fake dossier’ on American hospitals suffering shortages on the frontlines of the coronavirus outbreak.”

The data may or may not be accurate but the timing raises serious questions. Her report seems to be a blatant attempt to raise fear and criticize the administration for political gain.

One of the things that Americans need to be especially wary of is a brand new scheme cooked up by Democrats. They’re terrified of President Trump’s skyrocketing approval rating so they’re currently spending millions to hammer home a single message. Each and every mistake made by anyone in the administration will be solidly blamed directly on President Trump. They plan to manufacture criticism of his crisis response. You can rest assured that whatever Trump does, Democrats will say he did it wrong.