The congressional watchdog committee that oversees the Department of Justice has a new Republican leader, Jim Jordan of Ohio. His upgraded position on the House Judiciary Committee is expected to result in a major shake up at the Federal Bureau of Instigation.

With three crucial Foreign Intelligence Surveillance Court provisions set to expire in mid-March, newly-promoted watchdog Jim Jordan laid out a couple of changes he needs to see in the flawed wiretap process. “Inserting a third-party in the historically secret hearings,” is one. Another is “making transcripts of the proceedings available to lawmakers on the intelligence committees.”

FBI director Christopher Wray told him not to hold his breath. As CNN puts it, “Wray expressed skepticism to both proposals.” Since 99.9 percent of the wiretaps they do aren’t completely politically motivated, there’s nothing to worry about, Wray insists. “The vast majority of the FISAs we do, both the initial applications and the renewals,” Wray hedges, are nothing to “lose any sleep over.” Transparency would make them “grind to a halt.”

That isn’t what Jordan wanted to hear. Wray’s ineffective suggestions and lackadaisical attitude struck conservatives on the committee as much too timid. Jordan wants to see a “thorough and complete public house cleaning,” along with a “clear, unambiguous expression of moral outrage.” Wray just wants to get back to business as usual at the Federal Bureau of Instigation, using leaks to put out the public relations fires and doing what they please to run the government from the shadows.

If the FBI can’t convince Jordan and other powerful Republicans that the system really can be fixed, the conservatives are thinking about disbanding the FISA court completely. It’s a real possibility, backed by Senator Lindsey Graham and others. 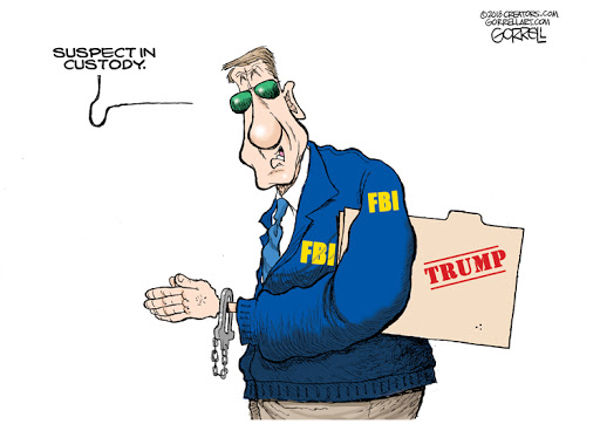 The watchers want to keep watching themselves.

The Inspector General for the Justice Department, Michael Horowitz recently reported that there were serious “mistakes” in all four of the applications the FBI used to wiretap Trump campaign aide Carter Page. They seem strangely intentional but that hasn’t been proven yet. At the very least, the FBI knew they were stretching the truth. According to Attorney General William Barr, “they could have been made in bad faith.”

Rep. Tom McClintock didn’t mince words. “I don’t trust your agency anymore. And that’s a profound thing for me to say, because I was raised to revere the FBI,” he thundered at Wray during the four hours of intense grilling.

The controversial FBI director was interrogated relentlessly about the Hillary Clinton Fan Club atmosphere and political influence of investigations, along with the hot button issues of domestic terrorism and foreign interference in elections.

No more election spying, without approval

As far as interference in domestic elections, Wray promises that the FBI has kept their thumb off the scales for the 2020 election, so far. If they do need to wiretap anybody, Wray and Barr will both have to sign off on it first.