President Trump’s Friday night staffing “purge” has liberals acting like it was the baptism scene of the Godfather. The one with all the back-to-back revenge killings. You can practically hear the infamous violin theme playing in the background as the network talking heads describe how the careers of three squealing rats were suddenly exterminated. The President had every right, he’s the boss. He’s also justified. These people are involved in national security, you can’t have them running around plotting to overthrow the President.

As President Donald Trump prepared to board Marine One on Friday, headed to Joint Base Andrews, reporters asked if he would like to see Lt. Colonel Alexander Vindman “out of your White House.” The President wasn’t phased. “Well, I’m not happy with him. Do you think I’m supposed to be happy with him? I’m not.” The rat tried to stab him in the back as part of a plot to overthrow the White House.

Shortly after that, Alexander Vindman “was fired and promptly escorted from the White House.” So was his twin brother Yevgeny, who’s a lawyer for the National Security Council. According to Daily News, “Yevgeny Vindman had hardly anything to do with the matter, but reportedly was often seen arriving at work with his brother.” The twins weren’t the only victims of Trump’s purge.

The next target was Ambassador Gordon D. Sondland. “I was advised today that the president intends to recall me effective immediately as United States ambassador to the European Union.” No more sneaky talking behind the President’s back and selling him out to the globalist New World Order. “I am grateful to President Trump for having given me the opportunity to serve, to Secretary Pompeo for his consistent support, and to the exceptional and dedicated professionals at the U.S. Mission to the European Union. I am proud of our accomplishments. Our work here has been the highlight of my career.” 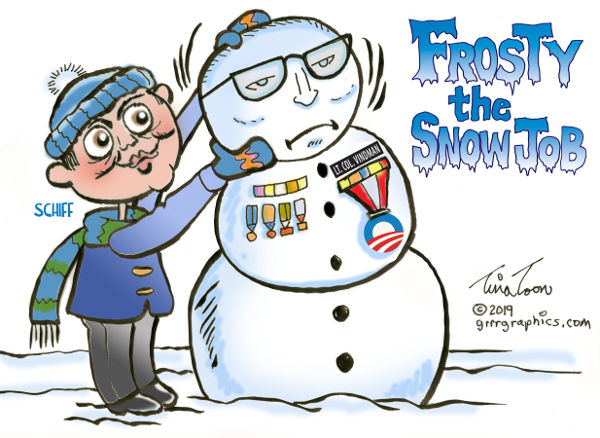 Radicals lurking in the deep-state shadows

Conservatives like Laura Ingraham are rallying behind the President for his decision. The Fox host urged the President to continue his White House spring cleaning. “Get rid of the radicals undermining from within and replace them with people who believe in your agenda.”

Lt. Col. Vindman served as the top Ukraine expert at the White House’s National Security Council. He snitched to Adam Schiff that he “couldn’t believe” what he was hearing when he listened in on the July 25 phone call Trump had with Ukrainian President Volodimir Zelenskiy. It became the focus of the kangaroo impeachment court. Suddenly his opinion was grounds for a deep state coup.

Ambassador Sondland “testified that he was following Trump’s orders when he pushed Ukrainian officials to carry out investigations sought by the president.” He didn’t like President Trump actually digging into the previous administration’s corruption and was out to stop it any way he could. Townhall points out, “he ‘presumed’ foreign aid to Ukraine was being held up on condition of Ukraine opening corruption investigations, but not into the Bidens, despite the president never telling the ambassador directly that the aid was conditioned upon any such investigations. So it wasn’t exactly clear where this so-called presumption was coming from.”

Vindman will stay in the military, but this “isn’t likely to help his career.” His time is up at the National Security Council. Sondland “is expected to continue working at the State Department.”