Snoop Dogg has recently brought up some controversy after he posted a photo of his “Make America Crip Again” album cover on Instagram.

The picture portrayed Snoop Dogg standing over the dead body of President Donald Trump. The picture has been deleted since the posting, however, many people have taken screenshots of Snoop wearing a blue hat looking over the lifeless body wrapped in an American flag and a toe tag reading “TRUMP.”

Apparently, the rapper’s publicist told a variety of people that his album has already been released with a new cover, despite the criticism Snoop already made by wearing a blue cap reading “Make America Crip Again” is clearly alluding to Trump’s red hats with the “Make America Great Again” slogan. 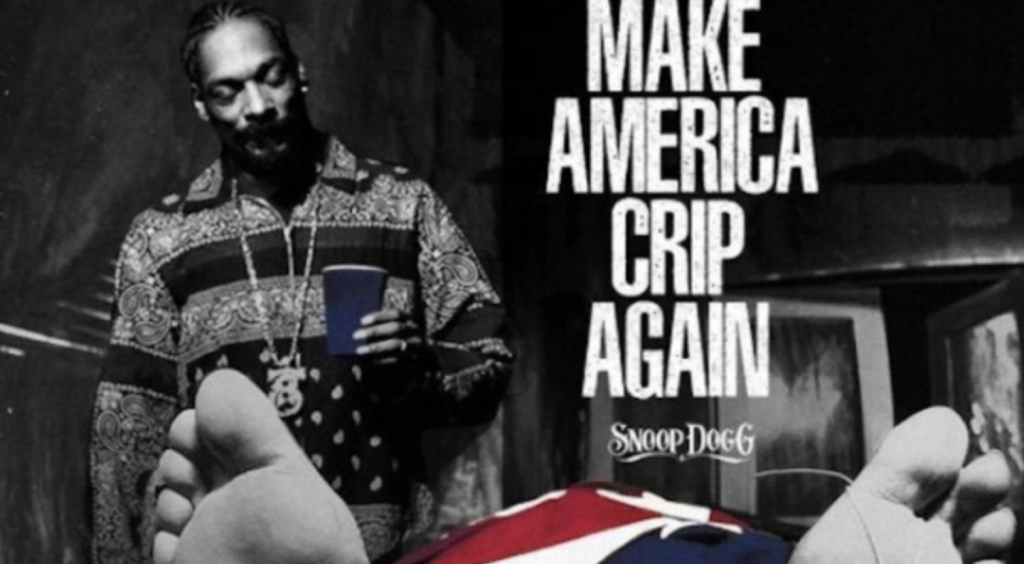 President Trump is not very happy with the uproar after Snoops recent spark, and I am betting he will do something about this disrespect very soon.

You would think that after “comedian” Kathy Griffen faced so much public backlash following her ridiculous stunt in which she carried around what looked like the severed head of President Donald Trump earlier this year, celebrities would cool it on the hate towards our Commander in Chief. However, some celebrities aren’t that smart and didn’t take the warning as a hint. While we know that President Trump and his administration are going to be receiving threats an attacks from Liberals, it still seems surprising considering if these same attacks had been towards former President Barack Obama, the media would have gone crazy. President Trump is having to deal with a lot between the ridiculous Russia investigation and the hate from the Progressive Left, but he won’t be letting it bother him anytime soon.

The most recent attack was made by the washed up rapper known as Snoop Dogg (his real name is Calvin Broadus Jr.) He decided to attack President Trump in a very public and threatening way. The rapper has made threats against the President’s life in his new album, both visually and verbally. You would have thought he would have learned his lesson the first time, but his new album shows some pretty disturbing thoughts.

The cover art on Snoop Dogg’s newest song, “Make America Crip Again,” displays the rapper standing over the lifeless body of President Trump which is buried underneath the American flag. Yup, the rapper is standing there, holding a Solo cup staring at President Trump’s dead body with a kind of smirk on his face. While we cannot see the face of the body, the toe tag clearly says “Trump.” 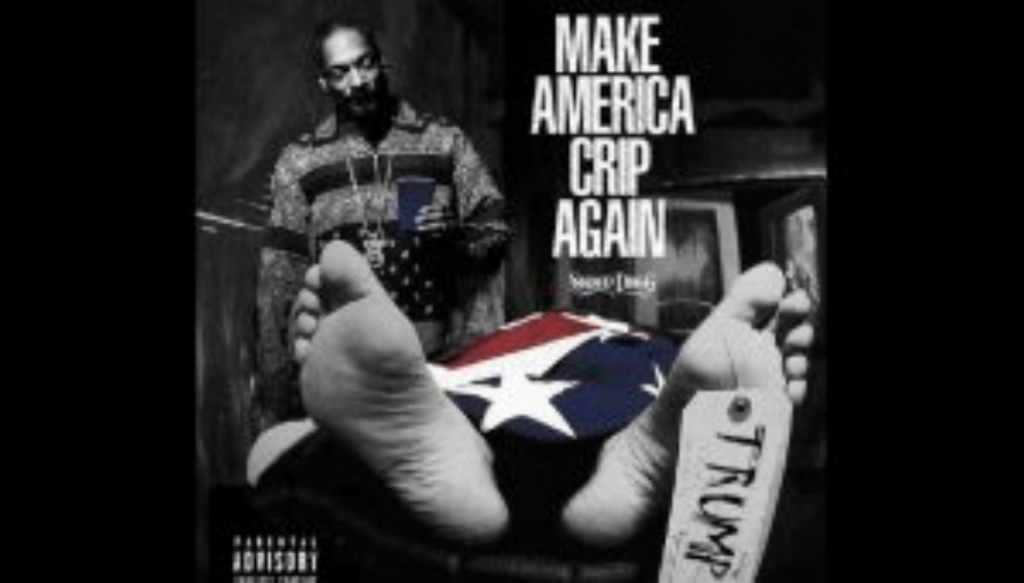 The lyrics aren’t any better than the cover art either.

His opening lyrics to the disgusting song begin, “The president said he wants to make America great again. F*ck that sh*t, we’re going to make America crip again. As I look around I see so many millionaires with skin like mine, don’t pretend that I’m with that bullsh*t your president been tweeting. Colin Kaepernick was blackballed… This still America with three K’s, believe that sh*t.”

Back in March, Snoop Dogg came after Trump for the first time, and President Trump had something to say about it.

Can you imagine what the outcry would be if @SnoopDogg, failing career and all, had aimed and fired the gun at President Obama? Jail time!

President Trump has never been the guy to take threats lightly, especially now that he is POTUS. If anyone threatens him or his family, he is all over the situation. It seems like every single day there is something new happening in Hollywood against President Trump. This kind of hate cannot be accepted. And, you known darn well that if this kind of threat were to have been issued towards former President Barack Obama, the mainstream media would have been ALL over it.

It has been reported that our Commander in Chief is not exactly thrilled about the cover art and lyrics on the rapper’s latest track, and you can be sure he will be coming out with a statement about it shortly.