U.S. government officials are telling evacuees arriving home from Wuhan, China, not to think of quarantine as being under arrest, but rather as an exclusive, all expense paid, two-week vacation in a four star Air Force Base. Two flights arrived Wednesday and two more are planned.

Quarantine doesn’t need to be a drag

Passengers of the January 29 rescue flight out of Wuhan were asked to remain in “voluntary” quarantine for a mere 72 hours. When one of them tried to leave, the whole group found out that they are locked down at California’s March Air Force Base, whether they like it or not. Stuck there for the entire two-week viral incubation period. Since they don’t have a choice, they decided to make the best of it.

Jarred Evans likes to start his day with a jog around the runway. A handful of other guests wander around the grounds on a sunny California morning. After his run, Evans plans to work from his hotel room on the laptop the government happily had shipped to him. There are Zumba and kickboxing classes for those so inclined. 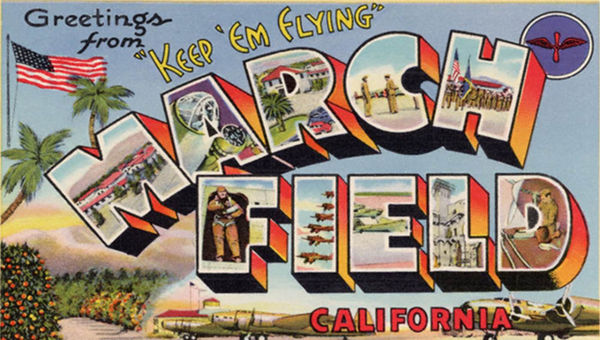 In total, 195 people are housed on the base, in a hotel they have all to themselves. They’re supplied with food and necessities, along with the twice-a-day courtesy health screenings. In general most of the guests tend to keep to themselves. “Everyone is doing pretty fine. People understand that the quarantine is necessary,” Evans relates. “The CDC is doing a good job keeping us busy and giving us all that we need.”

On Wednesday, two chartered jets touched down on U.S. soil, loaded with another 350 of the most vulnerable American citizens, All the evacuees were living in the Wuhan “epicenter” of the 2019-nCoV outbreak. Two more planes are expected this week. After that, anyone still in the Wuhan vicinity is on their own.

Wednesday’s flights, chartered by the State Department, both landed at Travis Air Force Base, also in California. One of them refueled and headed off to Miramar Marine Corps Air Station in San Diego. Reuters news reports, “KGO television showed video of people in white coverall suits getting off the plane in the predawn darkness.”

Wuhan is a ‘ghost town’

Ken Burnett of San Diego awaits his wife and two young children, who were on one of Wednesday’s flights. The family was “holed up in a high-rise apartment for about two weeks in Wuhan, which was virtually shut down because of the outbreak.”

Jarred Evans says much the same thing, when he left Wuhan, “there was no panic. There were no cars on the road. No people outside. There was nothing. It’s still a ghost town.” He has stayed in touch with friends in Wuhan since he left. “Wuhan was chaotic. But now, most people stay inside their homes, hoping their stockpiles of food and supplies will get them through the worst of it.”

the most recent figures show 24,631 cases worldwide with 11 in the United States. So far, there have been 494 total deaths from the virus which seems to be linked to bioweapon labs in the Wuhan area. A Harvard University biochemistry professor was recently arrested for lying about his connections to Wuhan.