The radical socialist movement didn’t have nearly enough momentum to turn into a full revolution. Instead, it took a turn for the worse in the latest round of primaries. Bernie Sanders is “losing the battle over electability,” and admits “last night did not go the way we wanted.” The way it went was right off a cliff.

The radical socialist movement has lost all momentum

Young radical progressives flocked to Bernie Sanders like rats behind the Pied Piper, hypnotized by his promises of free everything for life. They called it a Socialist Revolution and were ready to burn down the establishment to get it. They were all fired up by Bernie’s initial success in Iowa and New Hampshire.

By the time the Bernie bus pulled into America’s heartland, it was clear. The movement was losing momentum. Every stop along the campaign trail only seemed to slow it down more. Cooler, wiser, but still very liberal heads made it crystal clear that they aren’t ready for revolution, only a regime change.

In the midst of a crucial nationwide crisis, with one of four primary elections canceled due to social-distancing restrictions, the results of the other three contests, in Arizona, Illinois, and Florida, made it clear that the movement has gone as far as it can. “While our campaign has won the battle of ideas, we are losing the battle over electability to Joe Biden.” 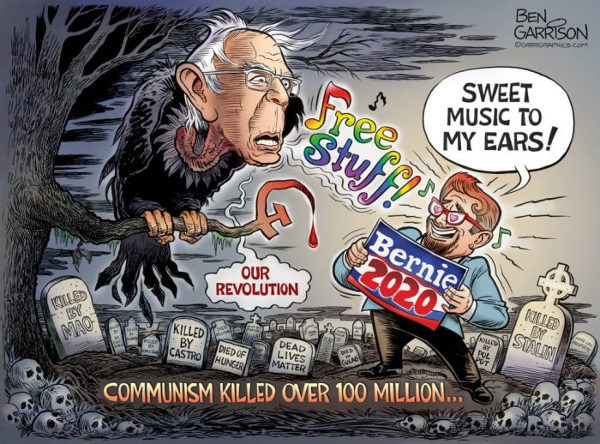 Bernie to ‘assess’ his options

According to a statement issued Wednesday morning by campaign manager Faiz Shakir, Bernie Sanders has some thinking to do as he heads off to isolation in his Vermont living room. Biden now has almost 300 more delegates than Sanders. There is “no sugarcoating it, last night did not go the way we wanted.” Sanders is expected to vote on the coronavirus relief bill Wednesday, “and afterward head back home to Vermont with his wife Jane.”

“Senator Sanders is going to be having conversations with supporters to assess his campaign.” He wants everyone to know that the public welfare is his top concern. “In the immediate term, however, he is focused on the government response to the coronavirus outbreak and ensuring that we take care of working people and the most vulnerable.”

There is a lot of pressure for Bernie to simply throw in the towel but he’s not ready to do that yet. Not if there is still a chance that staying in the race will force Biden to adopt some of his radical policies. The movement will continue, they insist, even if Bernie has to get out and push. “Sanders backers believe that the senator needs to remain in the race to push Biden in a more progressive direction.”

The guidelines issued by the Centers for Disease Control and Prevention have all campaigns scrambling to work from home, moving all their efforts online. 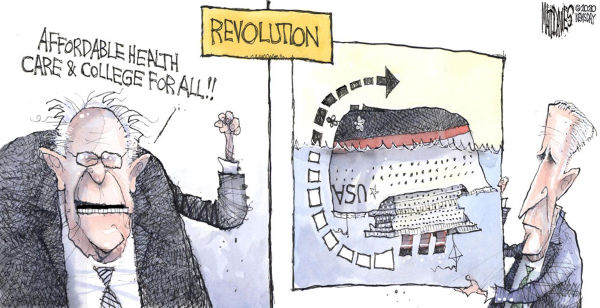