A judge decided to teach this hard-working collegiate a lesson in humility by raising her bond after showing remorseless behavior.

Just after 11 p.m., Fayetteville police officers witnessed Desiree Breshay Smith’s 2006 Chevrolet Impala speed through a stop sign on the 2000 block of Corrinna Street. Thus, the officers engaged their lights and siren in an effort to pull over the 26-year-old driver. However, stopping for a ticket just wasn’t in Smith’s plans.

Instead of stopping, Smith grabbed her firearm and opened fire at one of the officers, reportedly in an attempt to murder him. Alarmingly, what would’ve been a simple traffic violation turned into a deadly drive-by shooting, leading police on a horrifying chase.

According to The Fayetteville Observer, Smith was apprehended while trying to flee the scene. After she was arrested, the police charged her with felony assault with a deadly weapon on a government official, felony flee to elude arrest, possession of a stolen firearm, careless and reckless driving, and failure to stop at a stop sign. Luckily, neither officer was injured. 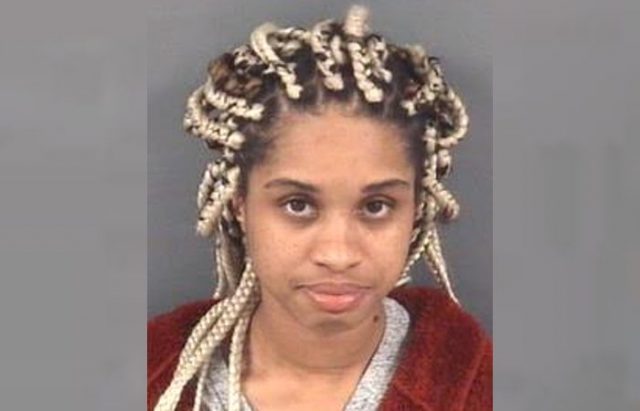 “As soon as he saw that she was firing shots, he initiated his emergency equipment and she began to flee.”

The Law Enforcement Today reported that after being held in the Cumberland County Detention Center on a $25,000 bond, Smith went to court for her initial appearance. However, instead of showing remorse for the seriousness of her crimes, Smith smirked and defended her actions, arguing that she shouldn’t be in jail because she’s a good student who’s never been arrested before.

“I’ve never been in trouble before – never ever,” she told the judge. “I’m not guilty of anything they’re saying. I work. I go to school.”

In the apparent view of Desiree Breshay Smith, she can do no wrong. So, after reportedly attempting to kill the police officer for pulling her over for a simple traffic violation, she expected to go free. Unfortunately, the judge wasn’t about to appease her sense of entitlement.

Judge Stephen Stokes decided to teach Smith a lesson in humility after witnessing her remorseless behavior. Because of her arrogant attitude, the judge ordered her bond to be raised from $25,000 to a whopping $100,000. Smith’s smirk faded after she heard the judge’s response. The suddenly straight-faced and silent woman was then escorted back into police custody.

Following the investigation, the police authorities discovered empty shell casings in Smith’s car and were confirmed to be from the same stolen gun fired by the suspect at officers. It will be incredibly difficult for Smith to defend herself against the found evidence, despite her alleged exquisite reputation as a hard-working collegiate.

Whether Smith was willing to keep a job and study for school, she has proven to be a danger to the public and to the law officers. We can simply say that her ability to show up to class doesn’t outweigh the fact that she tried to kill a police officer only to avoid getting a traffic ticket.