At first glance, the Democratic nominee for Senate in Alabama, Doug Jones, seems to be running a lonesome race against the arch-conservative former judge, Roy S. Moore, with ongoing allegations of sexually abusing multiple teenagers.

As Republicans in Washington pressure Mr. Moore to abandon the race, the democratic party’s most popular campaigners, like Obama and Bernie Sanders, have not stepped foot into the scene.

As confounding and baffling as it is, National Democratic groups have not spent a single dollar on their own radio or tv promoting for Mr. Jones, who is a former federal prosecutor.

Despite many Democratic leaders sending a public message to Mr. Jones that he is “on his own,” Mr. Moore has been faithful and is not giving up without a fight. 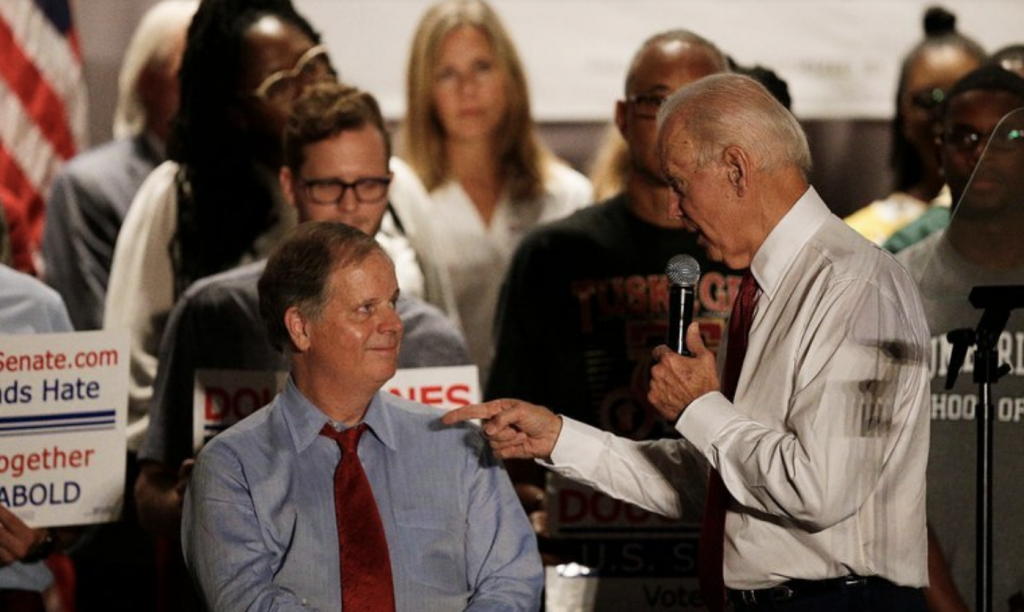 Many Congressional Republicans have called for Alabama Senate candidate Roy Moore to drop from the race, virtually handing Democrat Doug Jones a seat in the upper chamber.

This, despite no proof whatsoever that Moore committed any of the acts alleged against him.

What’s interesting is that an analyst believes Moore’s signature may have been forged regarding the signing of a teenage girl’s high school yearbook decades ago. 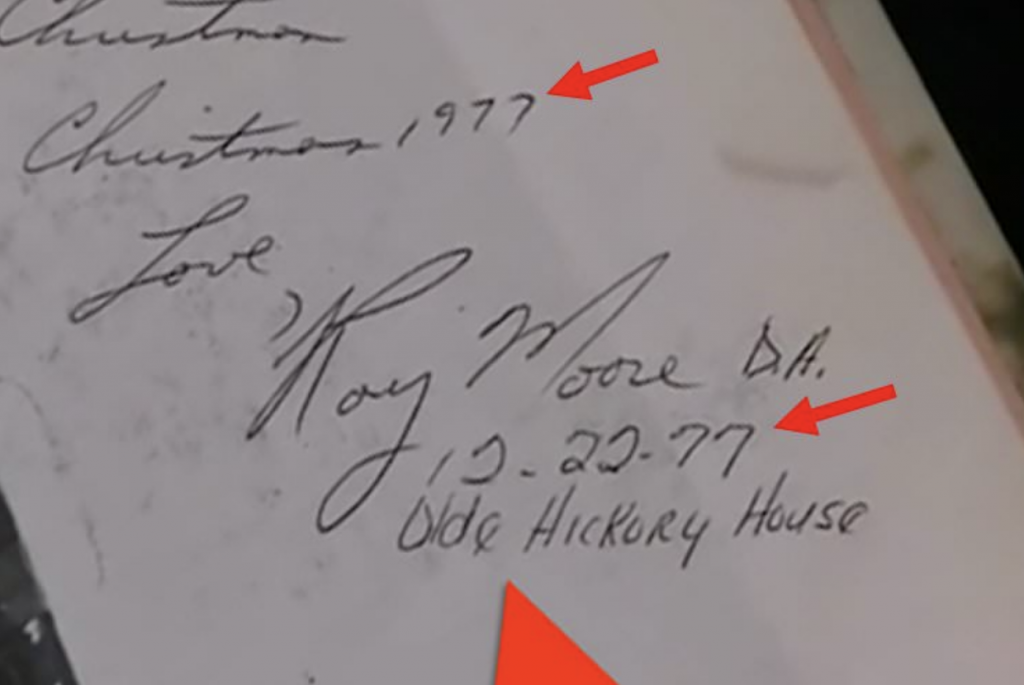 “Look at the two versions of the number “7,” tweeted Wictor.

(40) ADDENDUM: Unless Moore’s handwriting has changed, the yearbook signature is a forgery.

Look at the two versions of the number “7.” pic.twitter.com/dn4z1dMiUe

Not even the same signature…. pic.twitter.com/vrKkisnoPh

The person who forged the signature got the name wrong. pic.twitter.com/1Op8ZpvWKl

The attempts to discredit the Washington Post for its reporting on Roy Moore have reached the point of absurdity.

And in light of a new accuser who told a tearful, gripping tale at a televised presser yesterday, perhaps skeptics will take a different view.

Beverly Young Nelson, appearing with Gloria Allred, said that when she was 16 Moore groped her in a car, locked the doors, grabbed her neck in an attempt to force sexual contact and left her with bruises after she escaped. Her story will be subjected to scrutiny, but as a self-described Trump voter, Nelson has no apparent motivation to lie. She is the first accuser to say that Moore accosted her, and in fact says she feared he would rape her.

The Post’s account of four women making on-the-record accusations against the Alabama Senate candidate is fair game for criticism, given that the alleged events took place nearly four decades ago. The spotlight is especially intense on the Post’s reporting on Leigh Corfman, who says she was 14 when Moore, then a 32-year-old prosecutor, befriended and sexually molested her.

Breitbart, which has mounted a full-court defense for Moore, spoke to Corfman’s mother and leveled this charge: “that the Washington Post worked to convince her daughter to give an interview about the allegations against Moore.”

Even more on Moore, who denies ever meeting his second accuser:

In response to accusations against him from a fifth woman alleging him of sexual misconduct, U.S. Senate candidate Roy Moore said new claims from an Alabama woman saying he groped and attempted to push her head toward his “crotch” when she was 16 are “absolutely false.”