According to a neurosurgeon with Mount Sinai Hospital, the first coronavirus symptom for many is a stroke. Those who believe that the virus isn’t a big deal to them, because they’re young and healthy, are in for a shock. Those in their demographic are suddenly dropping dead in unusually high numbers. It led to the discovery of an alarming new aspect of the pandemic. Doctors are just now beginning to realize that COVID-19 “is more than a lung disease.”

“It’s very striking how much this disease causes clots to form,” Dr. J. Mocco relates in a recent interview. Doctors in the hard hit New York City area started noticing “something strange” happening to the blood of coronavirus patients, “signs of blood thickening and clotting.” That can be a dangerous symptom.

Clotting was subsequently noted “in different organs by doctors from different specialties.” They soon determined that “this would turn out to be one of the alarming ways the virus ravages the body,” Reuters reports. Kidney doctors were the first to take notice because an unusually high number of dialysis catheters were suddenly getting plugged with clots.

Breathing specialists were the next to smell something fishy. “Pulmonologists monitoring COVID-19 patients on mechanical ventilators could see portions of lungs were oddly bloodless.” About then, brain surgeons started seeing a spike in stroke cases caused directly by blood clots.

Especially concerning was the way the age of the victims kept “skewing younger.” That’s when they noticed, “at least half” tested positive for the virus. “In some cases,” Mocco emphasized, “a stroke was a young patient’s first symptom of COVID-19.”

Medical experts put their heads together

As soon as they noticed what was happening, doctors from all the various specialties started putting their heads together in consultation. After sharing their experiences, they quickly realized a new treatment protocol was needed.

Instantly, they ordered nearly every Covid-19 patient placed on “high doses” of blood-thinning medication without waiting for the first symptom of clots to develop. Certain “high-risk patients” won’t get the treatment “because blood thinners can lead to bleeding in the brain and other organs,” but the rest will.

As Mount Sinai hospital president suggests, “Maybe, just maybe, if you prevent the clotting, you can make the disease less severe.” 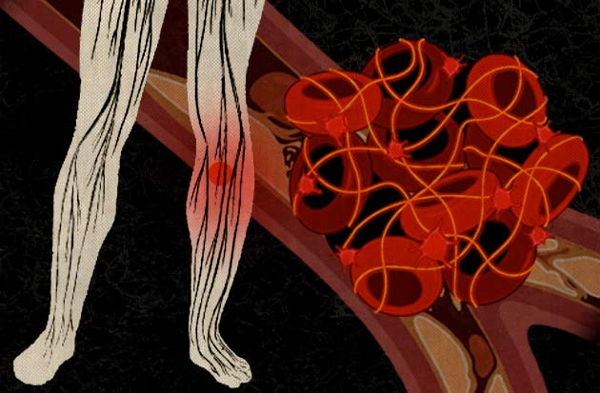 Starting in the middle of March, Dr. Mocco examined 32 stroke patients in a three week span. Not only was that double the usual number of cases, every one had the same symptom, “large blood blockages in the brain.” The thing that really got Mocco’s attention was the fact that “five were unusually young.” There were also no obvious risk factors, “which is crazy,” Mocco insists. “Very, very atypical.” One of his patients was only 31.

As Dr. Mocco was pondering what could be causing stokes in his younger patients, his colleague Dr. Hooman Poor had 14 ventilator patients with unusual monitor readings. Pneumonia makes the lungs “seem stiff” but not with these patients. “Instead, it seemed blood was not circulating freely through the lungs to be aerated with each breath.”

Poor happened to mention his dilemma to a kidney doctor friend who had similarly noticed all the dialysis catheters were suddenly getting blocked with clots. That’s when it fell into place. “It’s funny that you mentioned that,” Dr. Poor replied, “because I feel like all these patients have blood clots in their lungs.”

The pair rushed off to share the news about a shared symptom with the hospital president. Dr. David Reich advised them of a similar conversation he had with the neurosurgeon and suggested they “team up.” That was the beginning of “days of discussions and meetings with the hospital’s department heads.” They had a new protocol by Easter.

No other virus does that

The team confirmed that Chinese researchers encountered similar symptom issues and started calling their peers around the country to share the new information. As Doctor Mocco chatted with his neurosurgeon friends, a Dr. Pascal Jabbour in Philadelphia noted the clots reminded him of “congenital conditions such as lupus, or certain cancers.” One thing he was certain about though, “I’ve never seen any other viruses causing that,” he asserts.

The national blood experts at the American Society of Hematology say it’s still to soon to know how effective the blood thinners will be to fight the problem. Hospital president Reich advises for people not to get their hopes up too far. “I certainly wouldn’t expect harps to play and angels to sing and people to just rip out their intravenous lines and waltz out of the hospital,” he cautions. “It’s likely going to be something where it just moderates the extent of the disease.”