If the Treasury Department has your current direct deposit info, you’re all set. Individuals will receive up to $1,200. Couples get $2,400 plus $500 per child. Expect a transfer “within three weeks.” For everyone else, they’re working on a web-portal so you “get the money immediately.”

Either direct deposit or through a web-portal

Steven Mnuchin gave more details on Sunday about the anxiously awaited direct stimulus payments. He assures everyone that the money is on the way immediately. If you’re on Social Security, there is nothing to sign up for. Also, “if you’ve gotten a tax refund in the last two years by direct deposit, that’s where the money will be sent.”

Those on Social Security and those who had a direct deposit tax refund in the past two years should start to see their stimulus payments over the next three weeks. “We expect that within three weeks, that people who have direct deposit information with us will see those direct deposits into their bank accounts.”

They’re working on a web-portal for the rest. “We will create a web-based system for people where we don’t have their direct deposit, they can upload it so that they can get the money immediately as opposed to checks in the mail,” the Treasury Secretary told CBS News. 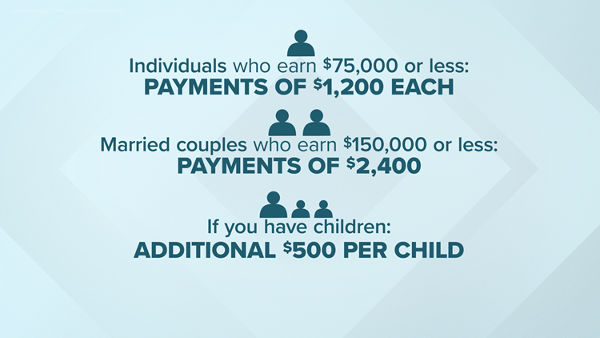 Relief for companies, especially small ones

Along with the direct payments, Congress approved a dramatic expansion in unemployment benefits coupled with a whopping $350 billion package of loans for small businesses. “Go back and hire your workers because the government is paying you to do that,” Secretary Mnuchin declared.

The number one priority of the Treasury department is getting through the crisis. His “number one objective,” Mnuchin explains, “is now delivering to the American workers and American companies the needed money that will put this economy in a position where it gets through the next eight to 10 weeks.”

To Steven Mnuchin, failure is not an option. “I think this is program is going to be enormously successful in stabilizing the U.S. economy.” He wants the cash injected fast. “this money is going to go into the economy very quickly. It is going to help American workers very, very quickly.”