All of conservative America is eagerly awaiting U.S. Attorney John Durham’s final investigation report into the probe of Deep State sabotage. Laura Ingraham sat down with Attorney General William Barr for a candid two-part detailed status report. Here’s what Barr can tell us about the ongoing criminal investigation, along with his views on the FISA abuse scandal and the controversial firing of Michael Atkinson.

Without a single shred of “basis,” Deep State moles in Barack Obama’s administration “started this investigation” of Donald Trump’s campaign. Barr is even more concerned about “what happened after the campaign.” The “whole pattern of events” calculated to “sabotage the presidency.” It certainly “had the effect of sabotaging the presidency.”

The president has good reason to feel frustrated, the AG agrees. Especially after people like Andrew McCabe “were able to basically flout the laws, and so far with impunity.” As Barr relates, “I think the president has every right to be frustrated, because I think what happened to him was one of the greatest travesties in American history.”

We can obviously expect yet another report, but unlike the previous ones, this time, a report alone isn’t Durham’s expected end result. “His primary focus isn’t to prepare a report, he is looking to bring to justice people who were engaged in abuses.”

Durham is focused on looking for “criminal violations.” Barr promises that “we’re going to get to the bottom of it and if people broke the law – and we can establish that with the evidence – they will be prosecuted.”

The Attorney General insists that there’s a good reason why the investigation is taking so long. “It takes some time to build the case.” When they do bring charges, they want those charges to stick. “The evidence shows that we’re not dealing with just mistakes or sloppiness, there was something far more troubling here.” 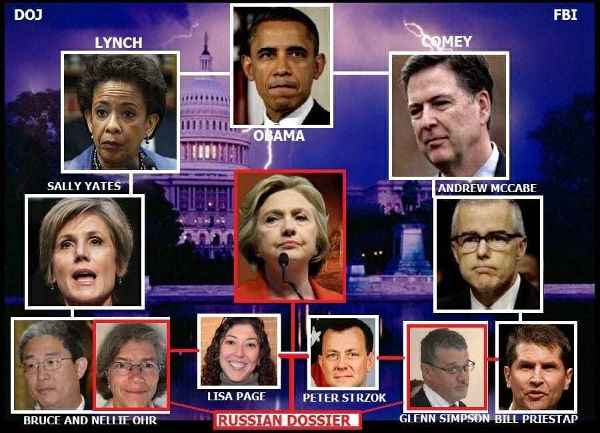 FISA evidence with more holes than a Swiss Cheese

Ingraham pointed out that Americans are concerned about the abuse, rising to the level of “weaponization,” that happened in the Foreign Intelligence Surveillance Court. Carter Page wasn’t the only one who’s evidence files had more holes than a swiss cheese.

Two separate reports from Michael Horowitz revealed that “FISA judges were not given critical pieces of information.” Things like facts that proved the Federal Bureau of Instigation was lying to them and making things up as they went along.

According to the report by Inspector General Horowitz, Every one of 29 spot-checked files had serious problems with missing, incomplete, or totally inaccurate information. The team “couldn’t see original Woods files for four of the 29 applications because the FBI has not been able to locate them and, in 3 of these instances, did not know if they ever existed.”

As someone who relies on the power of the FISA tools, Barr doesn’t want to give them up. He does agree that there needs to be more safeguards. He fully backs the idea of “a regime that will make it very hard, either to willfully circumvent FISA, or to do so sloppily without due regard for the rights of the American person involved.”

The government must “make it very clear that any misconduct will be discovered and discovered fairly promptly.” He’s upset that rogue elements of the Deep State put him in this position. “the people who abused FISA have a lot to answer for.”

Barr notes that even though “this was an important tool to protect the American people,” the rats “abused it.” The end result is that “they undercut public confidence in FISA but also the FBI as an institution.”

The FISA court is furious. “The OIG Memorandum provides further reason for systemic concern,” the judges write. They’re going to be going over every file with a fine toothed comb from now on. “It thereby reinforces the need for the court to monitor the ongoing efforts of the FBI and DOJ to ensure that, going forward, FBI applications present accurate and complete facts.”

Last week, Atkinson was fired for “snitching” inside information which led to the impeachment circus. He was also formally charged with “gross incompetence in the FISA scandal, vis-a-vis the 42 DOJ-NSD Accuracy Reviews.”

Contrary to John Brennan’s assertions, that Atkinson’s termination sends a signal that President Trump is insecure, Barr asserts that Atkinson simply had a plot of his own. “I think the president did the right thing in removing Atkinson,” Barr proclaimed. The way that the Department of Justice sees it, Atkinson took an inch of authority and stretched it to a mile of investigation.

From the “fairly narrow statute that gave him jurisdiction over wrong-doing by intelligence people,” Atkinson “tried to turn it into a commission to explore anything in the government.” Not only was he on a Deep State fishing expedition, he was quick to rat out anything he found. Atkinson ran straight to liberals in congress “without letting the executive branch look at it and determine whether there was any problem.”

When the DOJ slapped him on the wrist for it in a letter, reminding Atkinson that “he is obliged to follow the interpretation of the Department of Justice,” the Inspector General “ignored it.” So, “the president was correct in firing him.”