Liberals are gonna hate this! Hillary didn’t win the popular vote and this is why… 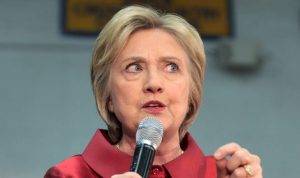 President Donald Trump warned throughout his campaign that illegal immigrants and other non-citizens could take advantage of lax voter identification procedures and have an impact on the presidential election.

A national poll recently confirmed Trump’s warnings, as political scientist Jesse Richman found that more than 800,000 non-citizens in the United States voted in November for Democrat nominee Hillary Clinton, according to The Washington Times.

Richman, of Old Dominion University in Norfolk, Virginia, produced with his colleagues groundbreaking research on non-citizen voting that discovered that 6.4 percent of the estimated 20 million adult non-citizens in the U.S. voted in the 2016 general election.

While Richman explained that the number of non-citizens who participated in the election didn’t account for Clinton’s entire popular vote margin, it certainly added to her numbers and helped her finish better than she would have otherwise.

More importantly, however, the results supported the conservative claim that voter fraud should be seriously and immediately addressed, despite the liberal claim that corrective measures were unneeded or were based on nefarious ulterior motives.

Trump has continued to address the issue from the White House, saying that the “integrity of the ballot box” needed to be “protected.”

What do you think about Hillary’s “popular vote”?