When the allegation of sexual assault and harassment against Weinstein broke out last week in the media, Kate Winslet was one of the first to condemn his scandalous actions and embrace the courage of all the woman who have been in his path.

Winslet initially stated that Harvey Weinstein would grab her arm and would bully her saying ‘nasty’ things (definitely not on a professional business level to say the least.)

Kate Winslet insists that current times demand strong statements and she is not the only female who feels the same way. 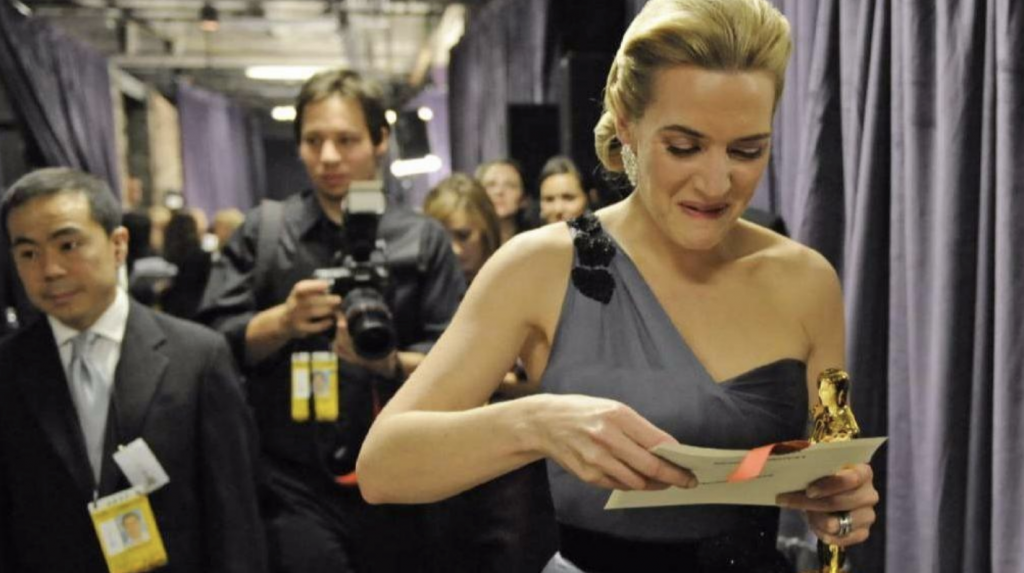 “In my 20s, I was very forceful and I had a big voice and I would absolutely say things,” Winslet says. “In my 30s, I didn’t feel it was as necessary to go back over ground that I had visited before. I always stood by everything I said.

“Now I feel like, you know what, this is disgraceful, despicable behavior,” the 42-year-old actress continues. “This kind of treatment of any workplace is utterly unacceptable. And hopefully what will happen is that more women will feel compelled to come forward — these women are victims of crime by a man who was always impossible to deal with. I hope that Harvey Weinstein absolutely is punished within the fullest extent of the law should that be the case.”

Weinstein’s unethical behavior is not only effecting his reputation but seems to be having a negative effect on his business.

Things just keep getting worse and worse for disgraced Hollywood mogul Harvey Weinstein. Fired from the company he helped found, on the brink of divorce, and ejected from the motion picture academy, Weinstein himself told the paparazzi he was “not doing OK.”

All the while, story after story surfaces of women who claim he propositioned them, assaulted them, or chased them around hotel rooms naked — and now that the floodgates are opened, they don’t look to be closing anytime soon.

But Weinstein’s personal misconduct may have a devastating effect on business as well.

Numerous sources both inside and outside the company paint a dire picture of a business in extreme limbo, as Bob Weinstein and Glasser struggled doggedly to keep things together and prevent a flood of pink slips. While litigation is certain to dictate the specifics of the company’s future, the immediate tasks of operating a company — developing scripts, booking theaters, creating marketing materials — are increasingly fraught.

The financial and production communities are following the fast-moving developments with a mix of shock, dismay and bafflement. Clarity is definitely in short supply. “Waiting to see what the future is going to look like over there,” said one producer who is in business with TWC. “We don’t know yet who knew what when and I assume that’s going to impact everything.”

And it’s only going to get worse — because it won’t just be Weinstein’s business that suffers. Weinstein money is tied up in ventures being pursued by Michael Moore, Quentin Tarantino, and Broadway’s most recent rising star, Lin Manuel Miranda (“Hamilton”):

That includes In The Heights book writer Quiara Alegria Hudes and composer Lin-Manuel Miranda. Hudes today Tweeted a desire to see the musical extricated from TWC, and Miranda re-tweeted it. Truth be told, that long gestating project will revert back to its authors in a few months, but they are hardly the only talent in town turning in a vote of no confidence in the wake of the staggering events of the last week. […]

In Cannes last spring, TWC announced Fahrenheit 11/9, Michael Moore’s sequel to the all-time highest grossing documentary, Fahrenheit 9/11. The new film, about the election of Donald Trump, was expected to open next month. A theatrical release was possible, but at a buyers screening at Cannes, HBO and Amazon were among the outlets mulling a combination of a limited theatrical and an event broadcast window.

Just as important is Quentin Tarantino’s movie on the Charles Manson murders. Tarantino has made his movies with Harvey and Bob Weinstein through his career. With the brothers in a bitter feud, who does he side with, or does he bypass the feud and make the movie elsewhere?