Wednesday night is shaping up to be a regular Bloomberg Barbecue. Democrats are going to grill him hard about his history. Some of the things he had to say about women make it obvious why he liked to hang around with Jeffrey Epstein so much.

Not only does former New York City Mayor Michael Bloomberg want to raise taxes through the roof to support his socialist schemes, he has a proven record of treating women like pieces of meat. That’s probably why he liked to hang around with Jeffrey Epstein and Ghislaine Maxwell. Of course, he denies everything.

All the #MeToo maniacs are lining up to see how the progressive moderators grill the billionaire over the flaming issue at Bloomberg’s first debate appearance. He skipped all the messy campaigning in the first four states and went straight to the television set. There weren’t enough delegates at stake to matter. Let Buttigieg and Bernie Sanders split the crumbs, he says. He’s after the “delegates-rich Super Tuesday” spoils. So far he avoided the tough questions with one sided spot-ads that overwhelm America with his canned messages. He’s about to be attacked from all sides. 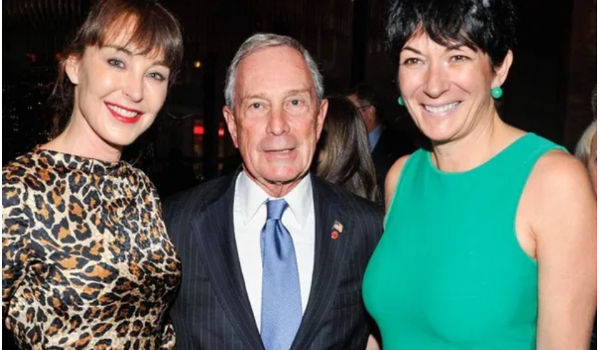 There are a couple of lawsuits floating around with interesting allegations that his lawyers call pure nonsense. For instance, back before the turn of the century, when Bloomberg was at a male associate’s wedding, he told a group of his company’s female employees to “line up to give him a blow job as a wedding present.” One of the lawsuits alleges, “Bloomberg so frequently said the words ‘I’d f**k that in a second’ in reference to women that it was shortened to ‘in a second.’ Bloomberg also uttered comments like, ‘That’s a great piece of ass’ in the presence of colleagues.” He once asked sales employee Sekiko Sakai Garrison, “You still dating your boyfriend? You giving him good blow jobs?” Liberals will probably give him a pass for his view on abortion. When Ms. Garrison told her employer the good news that she was pregnant, he had a handy solution, “Kill it!”

To get anywhere in a Bloomberg organization, it helped to be attractive and wear short skirts. He’s sure to be grilled over his office policy against anyone “Short, Fat and Ugly.” Bloomberg must have been in heaven when he visited with his buddy Jeff Epstein. One ex-employee alleges, “Bloomberg’s penchant for denigrating pregnant women in the office, including by making comments like, ‘I didn’t get her pregnant, but I could have.’ When Bloomberg deemed a woman attractive, he would make remarks like, ‘I could have her any time.'” Like with all those teenage sex-slaves in Epstein’s private harem.