When James Comey tried to voice his support for candidate Joe Biden, he quickly learned that his endorsement is about as welcome as a traveler from Wuhan. The response from Andrew Bates is priceless. He wasted no time with a response so stunning it left Comey cross-eyed.

No thanks, we don’t need YOUR support

Democrats hate the former Director of the Federal Bureau of Instigation almost as much as Republicans do. While the deep state traitor was busy illegally wiretapping Trump Tower, he simultaneously double-crossed the Democrats by re-opening the investigation into Hillary Clinton’s errant emails. That eventually led to him giving her a golden get out of jail free card. We may learn more about his role in that when she takes the witness stand in a Judicial Watch deposition, already ordered by a judge.

That’s why it’s no surprise that when James Comey tweeted out an endorsement offering his support to Joe Biden, rapid response director Andrew Bates tapped out, “Yes, customer service? I just received a package that I very much did not order. How can I return it, free of charge?”

Yes, customer service? I just received a package that I very much did not order. How can I return it, free of charge? https://t.co/NK4VrYGzT1

Everybody knows the rat hates President Donald Trump for pulling him away from guarding the deep state cheese, so it’s no surprise he’s backing Barack Obama’s former Vice Weasel. After all his hard work, he’d hate to see a communist in the White House. 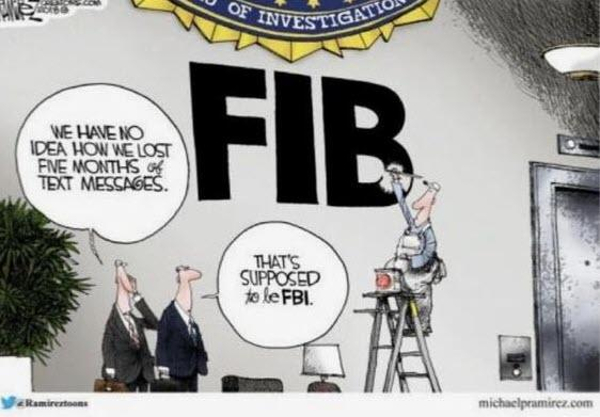 Be careful what you ask for, you just might get it

What Comey really wanted was to get his name in the media with some free publicity. He got it. As expected, the Twittersphere went wild.

Matt Stoller noted Biden’s divers base of support. “Biden has a multi-racial coalition of McKinsey-Americans, FBI-Americans, and CIA-Americans.” Liz Wheeler wrote, “I always take advice about decency & dignity from a man who lied to judges to spy on his political opposition. Oh wait… no, I don’t.”

Margot Cleveland came up with a good one. “When Comey and Brennan come out for Biden you know they’re afraid of the unraveling of the Deep State.” One of the best came from Branko Marcetic. “Biden now has the endorsements of both James Comey and John Brennan. It’s not just the political establishment, but the national security establishment rallying around him, too.”