Reports that Senator Kelly Loeffler improperly sold her stock portfolio are “a ridiculous and baseless attack,” the Georgia Republican insists. Just because her stock was sold does not mean that she had anything to do with it. The radical progressive media is simply trying to create a scandal out of thin air. They targeted North Carolina’s Republican Senator Richard Burr with similar accusations. He welcomes an ethics committee probe into the matter because he didn’t do anything wrong.

The radically liberal mainstream media networks want you to think that two Republican Senators abused their inside knowledge in order to profit off the national emergency. They allegedly sold millions of dollars worth of stock right before the market collapsed. Those claims are baseless and misleading. What the media isn’t telling you is that the Senators weren’t the only investors making the same decision at the same time.

Being prudent enough to act before there’s major trouble isn’t a crime. What the media is trying to do is manufacture a scandal where there isn’t one. It’s like frightening people by saying that there’s “Dihydrogen Monoxide” in the water supply. It sounds like horrible poison until you find out it’s just the fancy chemical name for water.

President Trump stands behind a total of four Senators who’s names have been slandered in connection with the same unfounded accusations. “They said they did nothing wrong. I find them, the whole group, very honorable people.” Republican Senator James Inhofe and Democratic Senator Dianne Feinstein also sold stock. 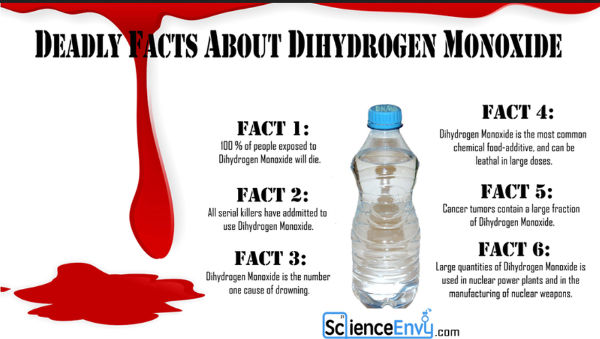 The headlines said it all

Richard Burr may be chairman of the Senate Intelligence Committee but he didn’t need national security reports to tell him anything he didn’t already know from the news headlines. He saw looming uncertainty on the horizon and decided to liquidate before it was too late. He sold “up to $1.7 million worth of stock on Feb. 13.” The media makes what he did sound so sinister. “He receives regular classified briefings on threats to the United States.” That makes it seem like he has no other sources of information. Burr asserts “he relied only on public news reports to guide his decision.”

The media is outraged that he then had the nerve to tell a private Washington luncheon that the coronavirus is “much more aggressive than anything that we have seen in recent history.” What they don’t tell you is that CNN was saying the same thing. They quoted Dr. Robert Redfield of the CDC that same day, declaring, “what I’ve learned in the last two weeks is that the spectrum of this illness is much broader than was originally presented.”

To generate outrage in their readers, Reuters writes, “according to a recording obtained by National Public Radio,” the Senator’s comments (and CNN’s report) “predated Wall Street’s series of avalanches.” Oh my God! There’s water in the water supply. Senator Burr isn’t phased. “I spoke this morning with the chairman of the Senate Ethics Committee and asked him to open a complete review of the matter with full transparency.”

My broker handles that

Senator Kelly Loeffler also cashed in “millions of dollars” worth of shares but argues she didn’t even know about it at the time. “Loeffler said she was informed of the transactions three weeks after they occurred and that she is not involved in investment decisions for her portfolio,” Reuters admits. Loeffler called it “a ridiculous and baseless attack.”

Republican Senator James Inhofe said exactly the same thing, even though his name wasn’t dragged into it by the press. Democrat Diane Feinstein isn’t taking any heat from the media either. Both sold a lot of stock and “both said they were not involved in the transactions.” Inhofe “has divested most of his stock and is not involved in investment decisions.” Feinstein keeps her money stashed “in a blind trust.”

Liberals aren’t happy that the Senators aren’t simply resigning on the spot. They like the idea of an Ethics Committee probe but don’t think it will be as much of a witch hunt as liberals like. They demand a “bipartisan inquiry into this matter.”